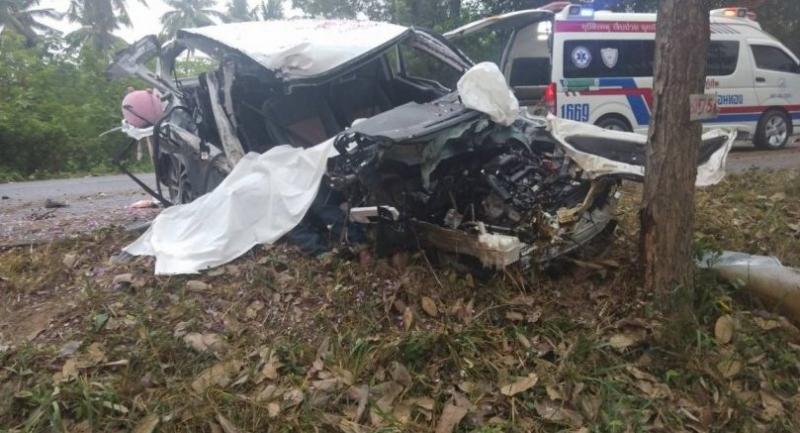 A family trip ended in tragedy on Monday morning when their car crashed into a tree in Prachuap Khiri Khan, killing the father and daughter and leaving the mother and son injured. The family was on its way from Nakhon Phanom to Krabi when the accident occurred at 8.30am on Phetkasem Road in Bang Saphan district.

Weera Prachi, 40, was killed behind the wheel. The impact hurled his daughter, Jiraporn Prachi, 10, to her death.

Weera’s wife Orapin Odthon, 36, and son Danusorn Prachi, 13, were in the back seat and sustained injuries of unknown severity.

Relatives told police Weera was taking the family to visit Krabi. Police suspect he might have fallen asleep at the wheel.