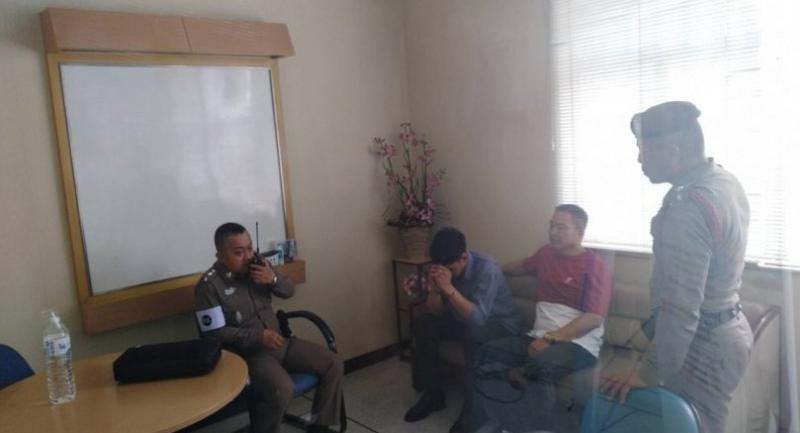 A 28-year-old unemployed Phayao man on Monday morning resorted to carrying out an attempted solo bank robbery in Lampang’s Mueang district, using a partially exposed metal pipe to resemble a gun in order to threaten a bank clerk and get away with a bag full of Bt850,000 in cash. However, he was quickly thwarted when he tried to leave with the loot as he was captured by the timely intervention of some good Samaritans and traffic police officer.

Following the 11.45am report of a robbery at Bangkok Bank’s Chatchai branch, Muang Lampang police came to pick up the suspect, Surasit Mangkhalad, who had been captured by some civilians and Pol Lieutenant Wichapol Khawandee – an off-duty traffic policeman.

Police also seized from the suspect a black bag containing the stolen Bt850,000, as well as the metal pipe he had allegedly used to threaten the bank employee.

Surasit, a native of Phayao’s Chiang Kham district, reportedly confessed to the robbery, claiming he had been under tremendous stress as a result of being unemployed. The man’s Chiang Mai-born girlfriend, whose name was not released, was waiting outside the bank in their Ford sedan with the engine running and ready for a getaway, but Surasit was apprehended before he could get away, as was the girlfriend.

Wichapol said he had been eating noodles at a stall opposite the bank when he heard someone shout “Thief, thief”, so he ran across the road to help some publicly minded citizens capture the suspect.