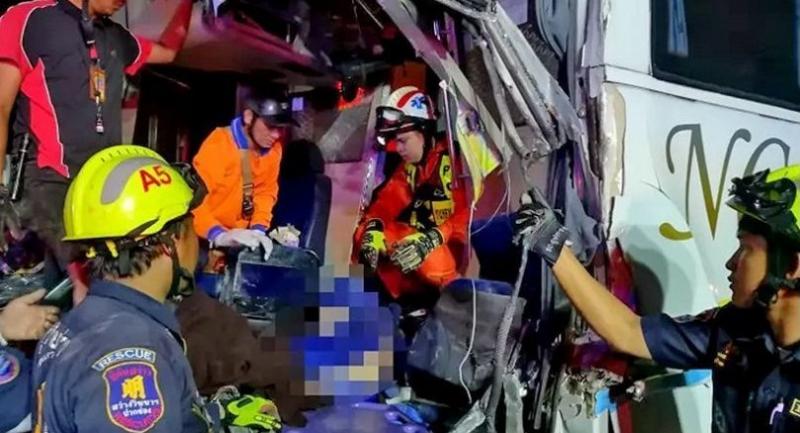 An air-conditioned Khon Kaen-Bangkok bus hit the rear of a truck on a Nakhon Ratchasima road early on Tuesday, killing the bus hostess and injuring 24 passengers, police said.

The Pak Chong police station was alerted at 2.45am  to the accident on Mitraparp road in Tambon Nong Daeng, Pak Chong district.

The bus hostess, Laddawal Boonchuang, 31, was killed in her seat. Eight men, a boy and 15 women were slightly injured in the accident.

The bus driver, Thanawin Praping, 46, told police that he dozed off behind the wheel before his bus hit the truck’s back end. He said he left Khon Kaen at 10pm.

The bus driver was charged with reckless driving causing death and injury.