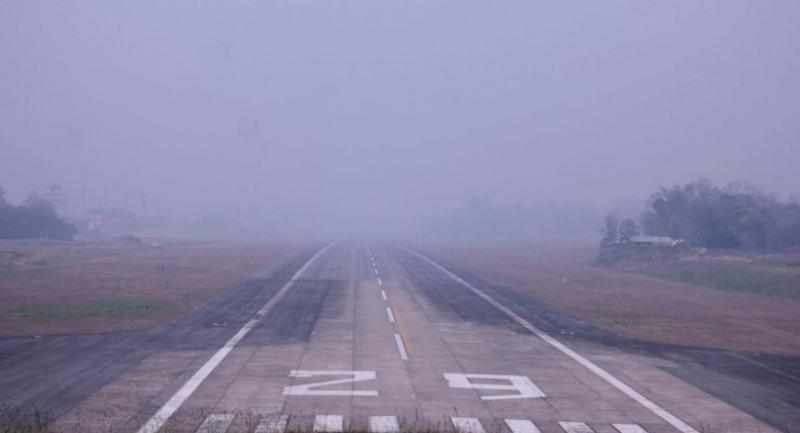 Late on Friday, the amount of PM2.5 – particles of no more than 2.5 millimetres in diameter – in this northern province reached 124 micrograms per cubic metre of air.

The safe limit of no more than 50 micrograms per cubic metre of air.

Mae Hong Son Public Health Office has warned that the air pollution levels in the province are dangerous.

“The smog situation is worrying. People, in particular the elderly and young children, will face health impacts,” it said. It urged locals to see a doctor if they have difficulty breathing after getting exposed to smog.

“If you can see just a few electricity poles in front of you, it means smog is serious,” the office said, offering a tip on how to check the severity of air pollution.

Nok Air has now joined Bangkok Airways in cancelling their flights to and from the Mae Hong Son Airport because the air pollution has affected visibility.

Relevant authorities have blamed the thick haze on forest fires. As many as 250 hotspots were detected in Mae Hong Son on Friday.

It took time and several people to extinguish each fire. An informed source said the prevalence of forest fires stemmed partly from authorities’ focus on fire extinguishing, rather than fire prevention.

“I have noticed that whenever authorities increase the budget for fire extinguishing and announce a crackdown on people foraging forest produce, the number of forest fires rise,” the source said.

Speaking on condition of anonymity, he said many locals resolved to not lend a hand when a forest fire started because the budget for the cause was not shared fairly.