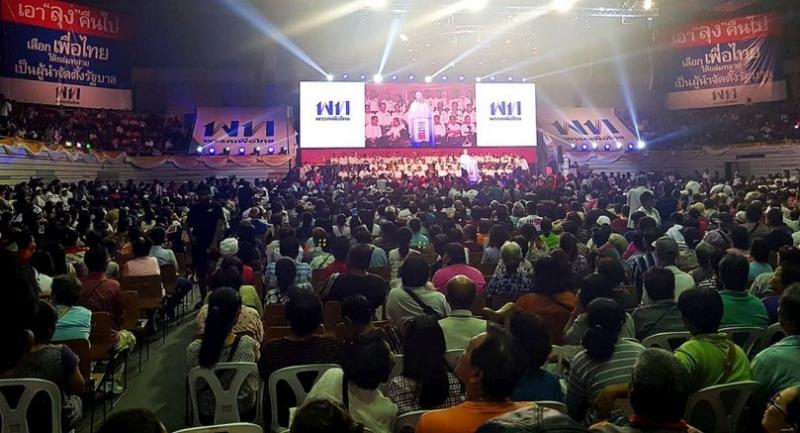 The Pheu Thai Party has pleaded with voters to cast their ballots for all of the party's 250 constituency candidates in Sunday's general election.

"We [Pheu Thai] need 250 seats to compete against 250 new senators," Sudarat Keyuraphan, one of party's prime minister candidates, told media on Friday before she took the stage in the final rally.

Sudarat referred to the 250 senators who will play a major tole in voting for the next PM. The senate will be picked by the National Council for Peace and Order.

She appealed to voters for a landslide win so they can form the next government.

Thai Raksa Chart was dissolved early this month after nominating Princess Ubolratana as its PM candidate.

"In constituencies where we have our candidates, please vote for us and do not vote for other parties otherwise the votes will be shared by others," Bhokin Balakula, a Pheu Thai key figure, told supporters at the rally.

But if any constituency has no Pheu Thai candidates, you can vote for pro-democracy parties, he added.

Phue Thai staged its rally at The Thai-Japanese Stadium’s Keelawes 2 in Din Daeng district where thousands of supporters joined.