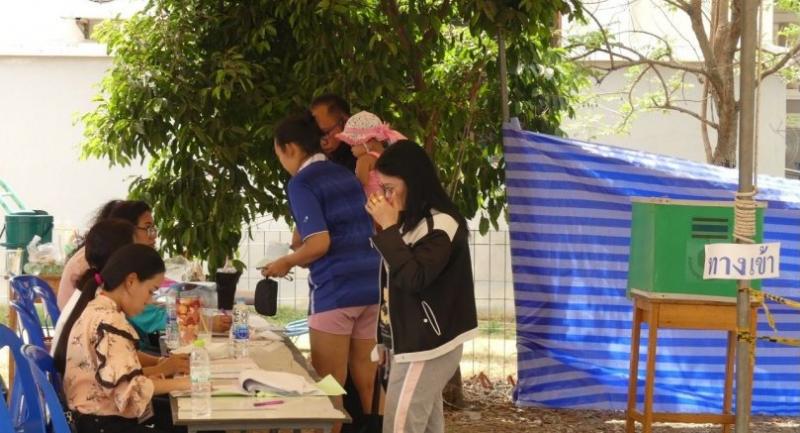 A 52-year-old man on Sunday showed up at a polling station to vote in Pathum Thani province only to find that another person had already voted using his identity card.

Winai Mukdaharn, who works in a beer factory, filed a complaint with police at Muang Pathum Thani Police Station after learning about the fraud.

He said in a telephone interview that he went to a polling station in the Bangkuwat Ban Aua-arthorn community in Muang district with the intention to exercise his right. However, officials informed him that he had already voted. When they checked the signature in the namelist, signed by another “Winai”, he found the signature was not his.

The officials advised him to register a complaint with police. He was allowed to vote after that.

Winai said he lost his identity card last year and made a new one. He had notified police about the loss.

Police will investigate the claim by reviewing security camera footage at the polling station and interviewing election officials at the station.