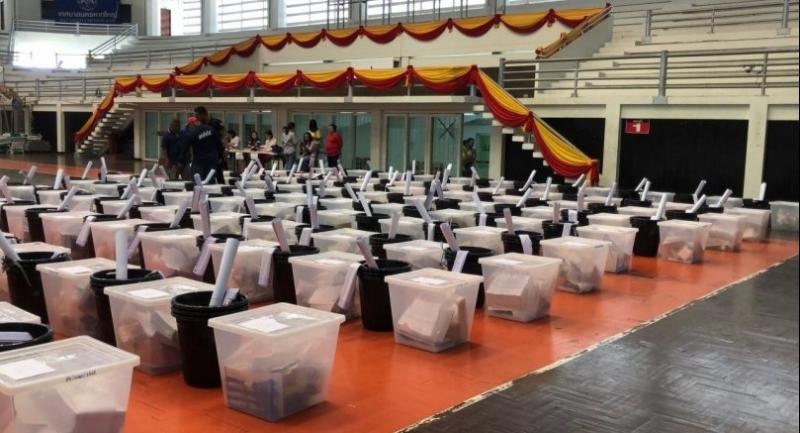 File photo : Ballots and boxes were prepared for March 24 election in Narathiwat.

First-time voter Wanida Maseng went to the polls on Sunday hoping that the outcome would make a difference in the insurgency-plagued southern border provinces where she lives.

“I am so excited and so glad to see so many people turning out,” the 18-year-old said as she registered to vote at a polling station in Narathiwat.

Wanida’s hope is to see her province and adjoining Pattani and Yala beginning to enjoy peace after more than a decade of turbulence – and to get some genuine attention from the government.

Insurgent violence has raged in the far South since 2004, claiming thousands of lives. Heavily armed security officials manned every polling station and main road in the region yesterday.

“I studied the policies of the different political parties and their leaders before I came to vote,” Wanida said, and she hoped her ballot would help make a difference.

“I want to see an end to the violence. I want changes. I want to see peace and happiness in my hometown,” she said.

Sulaiman Jehma, whose diabetes makes walking difficult, made the effort to get to a polling station in Muang Narathiwat.

“I want to see improvements in my profession – fishing,” he said. Local fishermen deserve a better life, he added.

There were 11 constituency-based MP seats up for grabs in the three provinces and 50 across the South.

In Yala, officials estimated voter turnout to be at least 80 per cent.