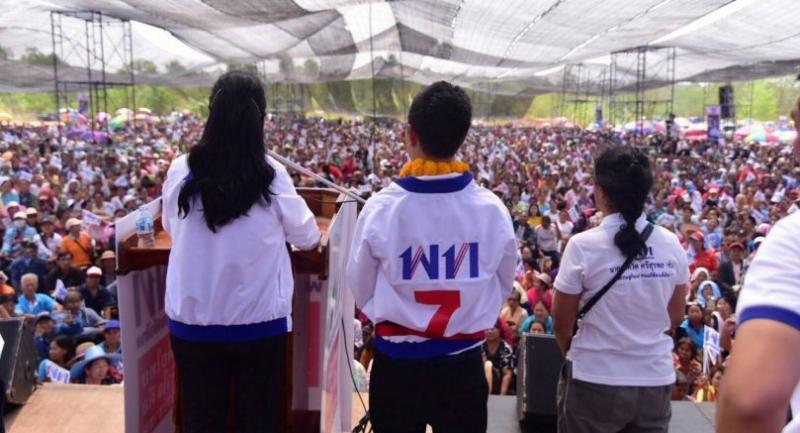 Jakkarin shook hands with Thitinan to congratulate him when they met at the Khon Kaen election office to check the latest voting update.

In Constituency 2, Pheu Thai’s Orn-anong Sarapol, who had won the seat at several general elections, was beaten into second place by Wattana Changlao of the Phalang Pracharat Party.