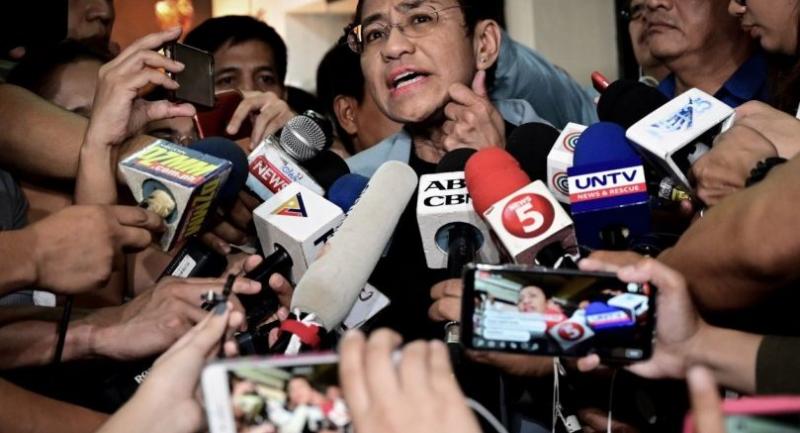 Washington - The United States on Friday urged the Philippines to quickly resolve a case against arrested journalist Maria Ressa and allow her and her news site Rappler to "operate freely."

A State Department spokesperson said the United States was "concerned" about the arrest of the prominent critic of President Rodrigo Duterte and called on the Philippines to respect freedom of the press.

"The freedom of expression is a cornerstone of any truly democratic society and a fundamental freedom recognized by both the United States and the Philippines," the spokesperson said.

"Maria Ressa is a highly respected and experienced journalist.

"We hope these charges will be resolved quickly, in a way that fully respects the freedom of expression, allows Ms Ressa and Rappler to continue to operate freely, and is consistent with the Philippines' tradition of a free and independent press."

After being arrested last month on different charges and then freed on bail, Ressa was rearrested on Friday on charges that she and her colleagues at the news site violated rules on foreign ownership of media.

The arrest -- and fears that she was targeted for her coverage -- have sent shockwaves through the media scene in the Philippines, which historically has been vibrant and unafraid to question leaders.

Rappler has reported extensively, and unflatteringly, on Duterte's deadly narcotics crackdown that has claimed thousands of lives and which rights groups say may be a crime against humanity.

US President Donald Trump shares Duterte's antipathy toward media coverage and has voiced admiration for him, but the rest of the US government has generally still advocated freedom of the press.