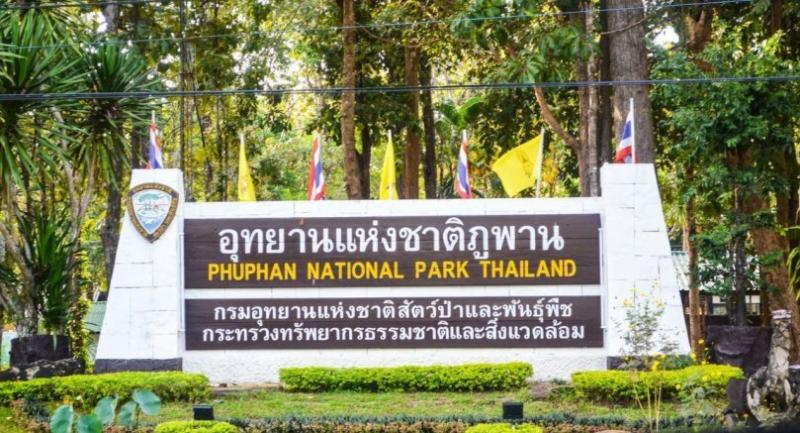 Implementing the patrol led to the recent arrest of several hunters in possession of wildlife carcasses and a gun, he said. In the latest case, two male hunters aged 31 and 45 were arrested in possession of a muntjac (Muntiacus reevesi, barking deer) carcass in forestlands located south of the Tham Therng forest monastery in Tambon Phang Kwang of Muang Sakon Nakhon on April 4.

Earlier on March 19, a patrol by park officials and related authorities resulted in the arrest of a 28-year-old male hunter, who also possessed a shotgun, five bullets, a jungle fowl carcass and a clouded monitor (Varanus nebulosus) carcass in a tambon Khok Phu forest in Phupan district, he added.

Pimol also reported the park’s attempt to solve the shortage of food sources for wildlife in this dry season. He said five artificial salt licks – each located 100 metres away from each another – were created in the park to serve as mineral sources for wildlife animals in the hope it would prevent them from intruding on forest-bordering farmlands.

The park has also imposed a ban on one-time-use plastic bags, plastic straws and polytyrene foam food containers so as to conserve the environment and protect the wildlife. There had been several cases of animals eating plastic bags, resulting in ailments and deaths, he added.