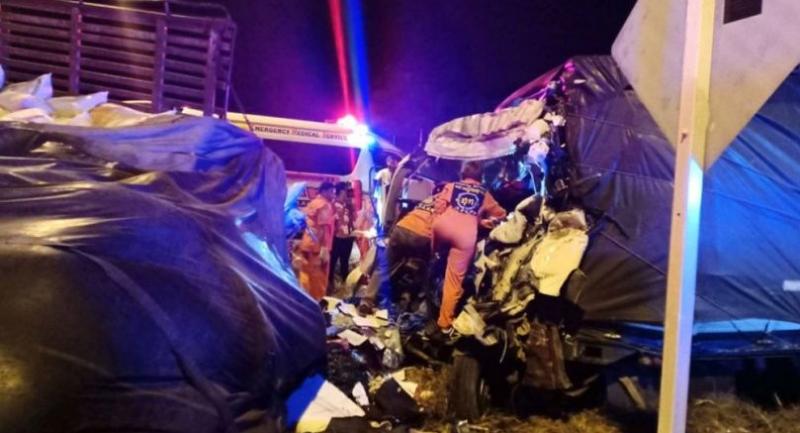 A boy and a woman were killed and eight others severely injured in a pileup involving two pickup trucks, a 10-wheeler and a six-wheel truck in Nakhon Ratchasima’s Chok Chai district early on Tuesday.

The Chok Chai Police Station learnt of the accident on Chokchai-Dej Udom Road at 3.30am.

Police said 10-year-old Apiphu Chunratanakul, and Nanthachaporn, 27, succumbed to their injuries while being transported to the hospital with eight other injured people.

Police have yet to interrogate the drivers of the four vehicles, who are all in hospital, before deciding how to press charges.