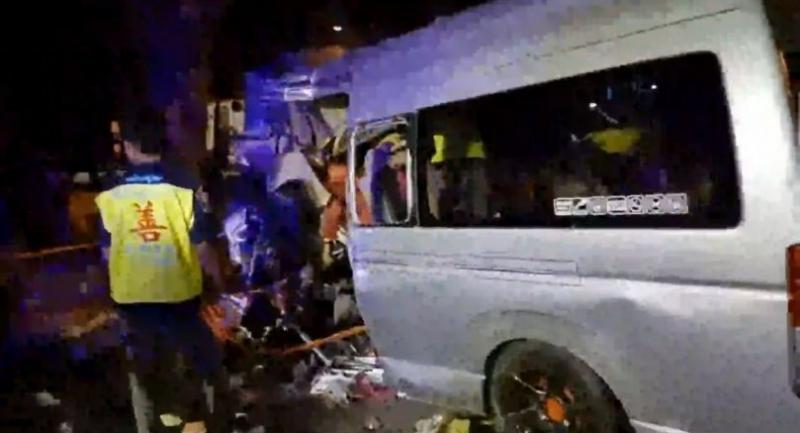 Four teachers were killed and nine severely injured when their van hit a tree in Narathiwat's Bacho district early on Wednesday, police said.

Police said the accident happened at 4am on the Phetkasem Road in Tambon Luboh Sawor. The van driver was identified as Wisut Angsanam, 36. He was among the nine injured who were taken to the Rusoh and Narathiwat hospitals.

Police said Wisut was hired to pick up 12 teachers at the Sadao border in Songkhla to deliver them to their school in Narathiwat after a field trip to an Islamic school in Malaysia.

Officers said Wisut might have fallen asleep as there was no sign of the van braking before it hit the tree.

They said they would interrogate the driver.