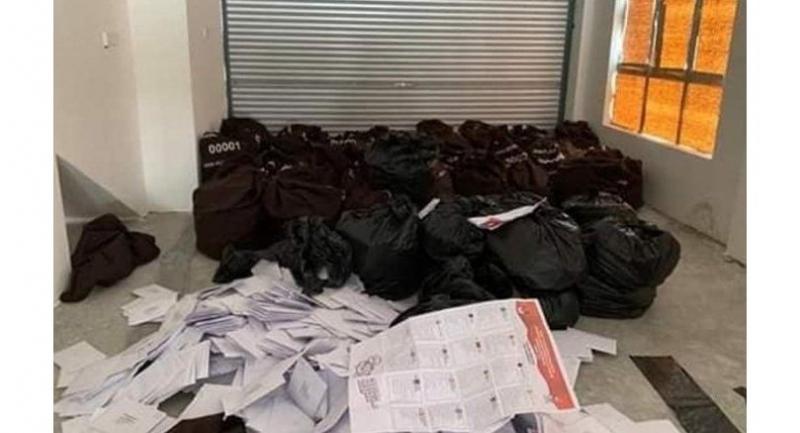 Jakarta - Indonesia is probing vote-rigging claims after the discovery of thousands of stray election ballots in neighbouring Malaysia, officials said, as the opposition threatens to challenge next week's poll results over separate voter list irregularities.

The General Elections Commission (KPU) has sent a team to Malaysia to investigate as many as 20,000 ballots, including many marked in favour of Indonesian President Joko Widodo, that were found in two locations near the capital Kuala Lumpur.

"This concerns a very sensitive issue and since it happened in another country, we're doing a very careful investigation," KPU chief Arief Budiman told a press conference late Thursday.

Recent polls suggest Widodo, 57, has a double-digit lead over challenger Prabowo Subianto, an ex-military general, setting up a repeat of the pair's contest in 2014, which Widodo narrowly won.

Indonesia's opposition has already warned of court challenges and street protests over irregularities, including errors in dates of birth and duplicate identity card numbers, for some 17.5 million registered voters -- nearly 10 percent of the electorate.

More than 190 million Indonesians are set to cast a ballot Wednesday in one of the world's biggest one-day elections, with some two million living overseas also registered to vote, including in Malaysia.

Another video, apparently from another location in Malaysia, showed two women punching holes in ballots, which is how a vote is marked in Indonesia's elections.

But the agency said the ballots' authenticity had yet to be confirmed.

"Were those ballots really printed by the KPU? Who did this?" Bawaslu's Mochammad Afifuddin said in a joint statement with the elections commission.

"We will clarify this and investigate," he added.

There are reportedly one million registered Indonesian voters living in Malaysia who are set to cast an early ballot at more than 200 ballot stations on Sunday.

Presidential challenger Subianto's camp demanded the recall of Rusdi Kirana -- a Widodo ally who is Indonesia's ambassador to Malaysia and co-founder of budget carrier Lion Air -- for failing to prevent ballots from going astray.

"This breaches the code of ethics and violates the ambassador's primary role and function. It has defamed the country."

Widodo gave his thumbs up to the probe, but called on opponents to wait for the investigation's results before "spreading unfounded rumours".