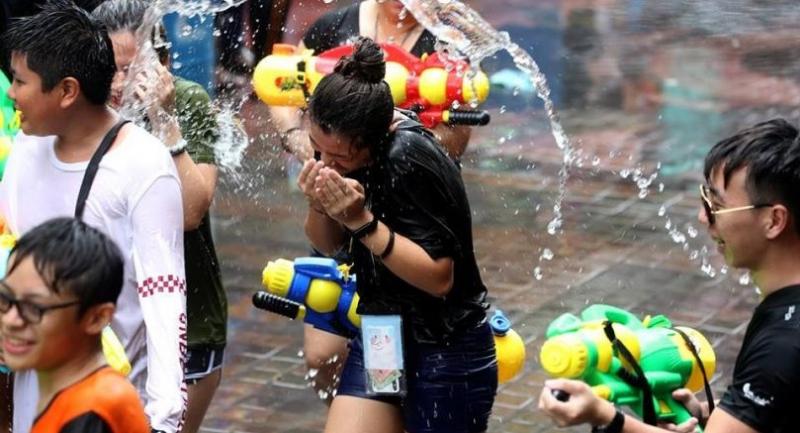 Despite some areas of Thailand suffering from drought, the Royal Irrigation Department (RID) has assured that there will be enough water for people to celebrate the Songkran Festival.

RID director-general Thongplew Kongjun confirmed on Friday that there is sufficient water for everyone to enjoy water splashing during Songkran, which will be celebrated countrywide from Saturday until Monday, and people can use the water from the rivers, canals, lakes, or reservoirs to splash at each other.

“The water to celebrate Songkran … is technically the water that RID discharges every day to maintain the water level in the rivers and drive out saltwater intrusion on the river deltas,” Thongplew explained.

“So, the quotas for domestic consumption, businesses and industries, and agriculture will remain the same and unaffected by the celebration of Songkran Festival.”

Nevertheless, he asked people to help authorities reserve water resources by using the water wisely. He said even though Bangkok still enjoys plenty of water resources, and none of the irrigated areas have been declared drought affected zone yet, many areas in the upper part of the country that are outside the reach of irrigation water are now facing water shortages.

According to Office of the National Water Resources, many reservoirs throughout the country are drying up rapidly. Within three weeks the number of large dams that have available water storage lower than 30 per cent increased from three to nine, while there were already 136 medium size reservoirs that store the water less than 30 per cent.