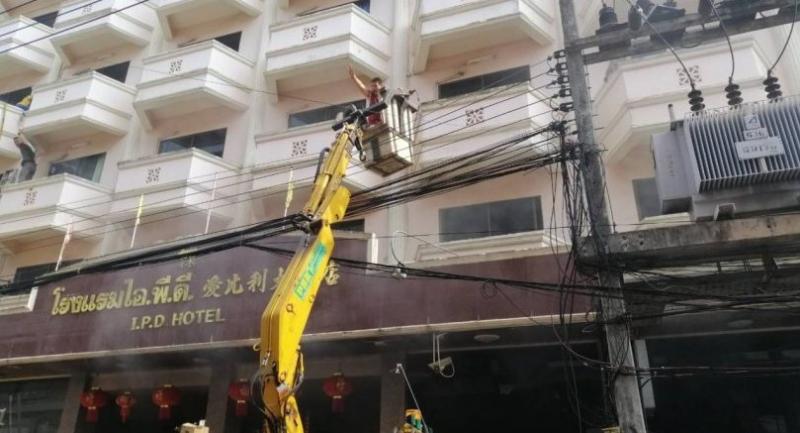 Eight Malaysians are among the 16 sixteen people hurt after a hotel in Sadao in Songkhla province, southern Thailand caught fire, according to Malaysia's Bernama news agency, The 16 victims, all tourists vacationing in the border town in conjunction with the Songkran (Thai new year) festival, suffered smoke inhalation in the 8.25am (local time) incident on Friday (April 12).

Sadao deputy police chief Lt Col Winai Sakeeyasatien said the eight Malaysians, aged 25 to 58, were rushed to three hospitals nearby. One of the Malaysians was a woman.

"Some were given outpatient treatment. The cause of the fire is still under investigation," he said when contacted by Bernama.

It was reported that there were 30 occupants at the 200-room hotel when the fire broke out.

According to witnesses, thick smoke forced guests to clamber out of the hotel's balconies and windows.