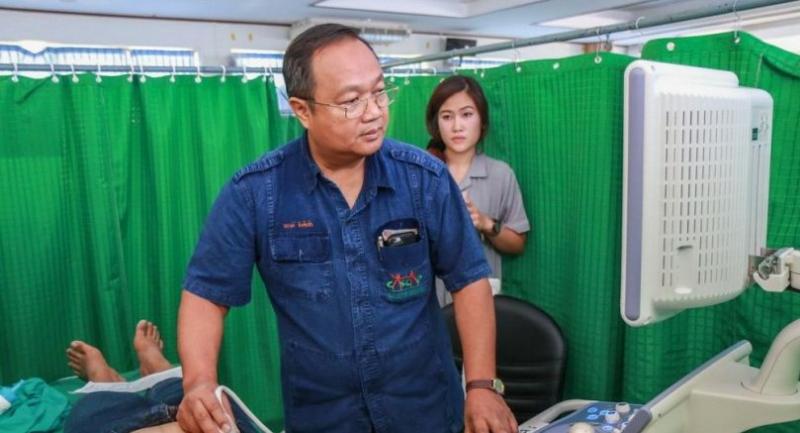 HAVING experienced success in the Northeast, Thailand has expanded its Cholangiocarcinoma Screening and Care Programme (CASCAP) to help risky groups in neighbouring Laos, Narong Kantikaew, a physician from Khon Kaen University, said.

Financed by the Hong Kong-based Kadoorie Foundation via Imperial College London, the one-million pounds (Bt41 million) project will be launched on April 22 and last for three years to prevent 70-80 per cent of the more than six million Lao population from falling prey to liver fluke and Cholangiocarcinoma, he said.

Collaborating with the Laos Public Health Ministry, the CASCAP will utilise its experience of working in Thailand’s Northeast to campaign and provide medical services to villagers in Laos, Dr Narong said. “We would do the same as we did in Isaan [Northeast]. The people have similar eating habits and a similar way of life,” he said. Eating raw meat is popular in the Northeast and Laos.

Under the project, medical officials and volunteers would provide medical services and educate Laotians on how to prevent liver fluke and Cholangiocarinonma, he said. The project would benefit not only Laos but also Thailand, as people in the region these days cross the border to work in Thailand, he said. “If we can help our neighbour to tackle problem, the disease would not come to Thailand either,” he said.

Dr Narong, who is also a lecturer at the Medical Faculty of Khon Kaen University, worked with CASCAP in the northeastern region since 2012. He managed to place the problem of liver fluke and Cholangiocarcinoma on the national agenda a few years ago. The Thai Public Health Ministry has agreed to take the issue into the 2016-25 strategic plan to fight liver fluke and Cholangiocarcinoma.

More than six million Thai people suffered from liver fluke and 20,000 of them have Cholangicarcinoman, he said.