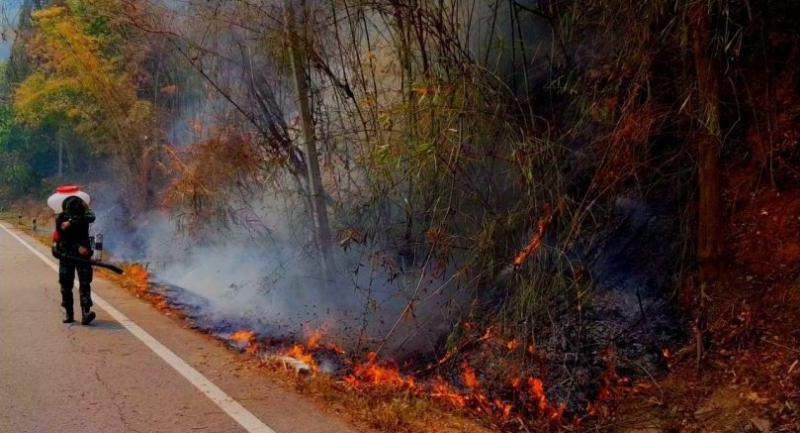 Local residents joined authorities and rescuers in attempting to put out the fires in community forests in Phayao’s Muang district on Sunday night.

The fires, which started in the mountains several days ago, are continuing to ravage the area.

However, the team was able to bring the fire under control in the district’s Moo 6 of Tambon Champawai at about 8pm on Sunday.

An initial assessment found that the blaze had already destroyed about 10 rai of community forest. The fires in the province were caused by about 43 hot spots.

Because they broke out on high land, firefighters are finding it difficult to extinguish them but have been able to build firebreaks thus preventing them from spreading.