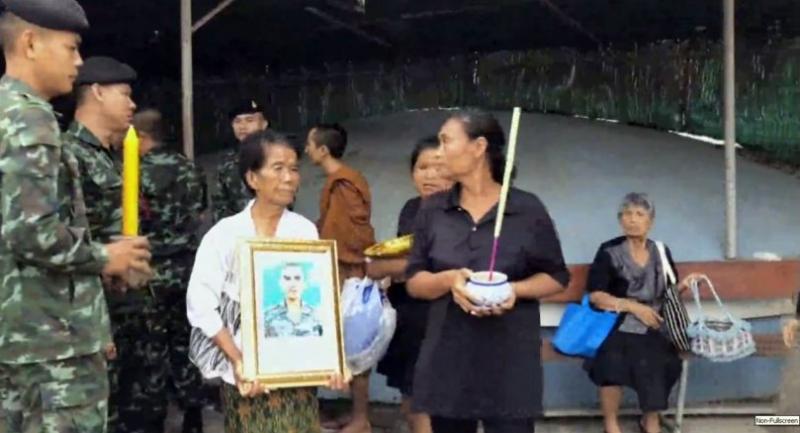 The Royal Thai Army has posthumously promoted a private who was fatally stabbed while trying to end a brawl among Songkran revellers in Nong Khai’s Muang district.

Nikorn was among troops and police officers guarding the Songkran celebration venue at the Night Planza in Tambon Meechai on April 14 when two groups began fighting.

While Nikorn tried to stop the fighting, a man reportedly stabbed him with a broken beer bottle. He died later in hospital.

Sirichan said the armed forces would sponsor his funeral rite.

The military would pursue the legal case to demand justice and provide assistance to his family, she added.