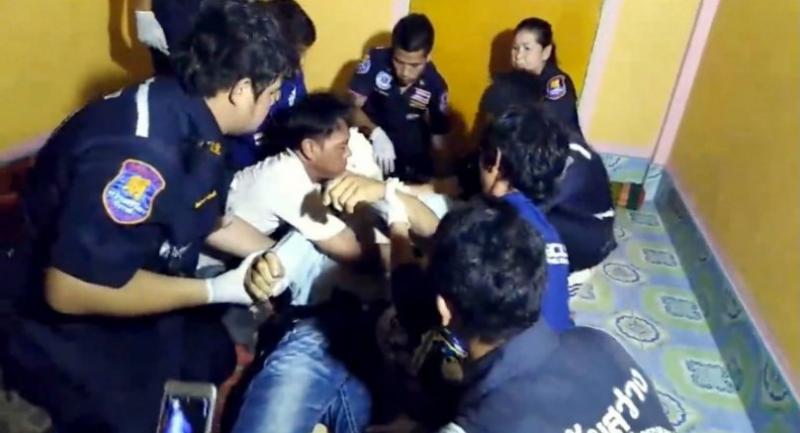 A villager was kicked to death by a wild elephant while he and two friends were catching fish in a small mountain creek in Bueng Kan province on Wednesday.

The victim was identified as Supoj Promput, 43, a resident of Ban Thung Sai Jok village in Tambon Ban Tong.

His head was crushed and his left arm broken, police said.

Supoj and two other villagers, a father and a son identified only as Lan and To, went up the Phu Wua Mountain in Seka district to catch fish when they encountered a wild elephant.

The father and son told police that they managed to run away but Supoj fell while trying to flee and the elephant kicked his head and then kicked his body around.

The two survivors then sought help from the Phu Wua forest protection unit.

When the officials went up to retrieve the body, they found the elephant around the body for three hours before it left.

Officials could carry the body down the mountain only at 8pm.