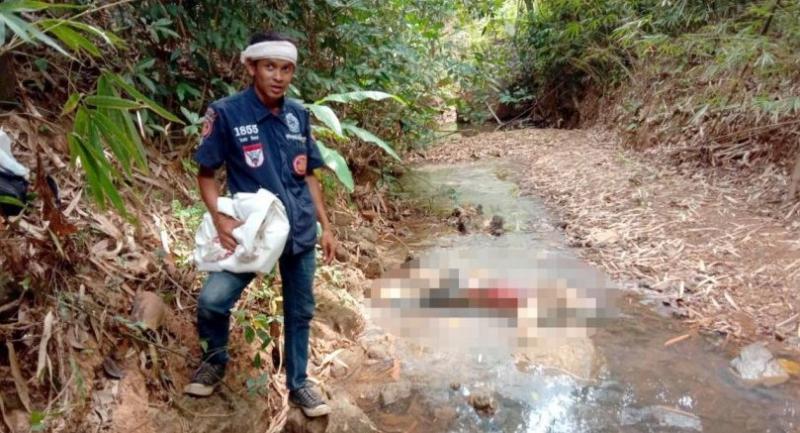 Rescuers found the bloated body of a villager on Tuesday after he had gone missing 11 days ago inside a forest of Nakhon Si Thammrat’s Thung Yai district.

The body of Sukkasem Sonthao, 48, was found face-down in a creek in the Khao Nang Non forest in Moo 7 village of Tambon Krung Yun at 11.20am.

Sukkasem, who came from Udon Thani to live in the village as a wild-bee-nest collector, went up Khao Nang Non mountain to search for the nests on April 13 and did not return.

His wife sought help from the authorities and teams were dispatched to search for him daily until Tuesday.

The body was sent for autopsy at the district hospital.