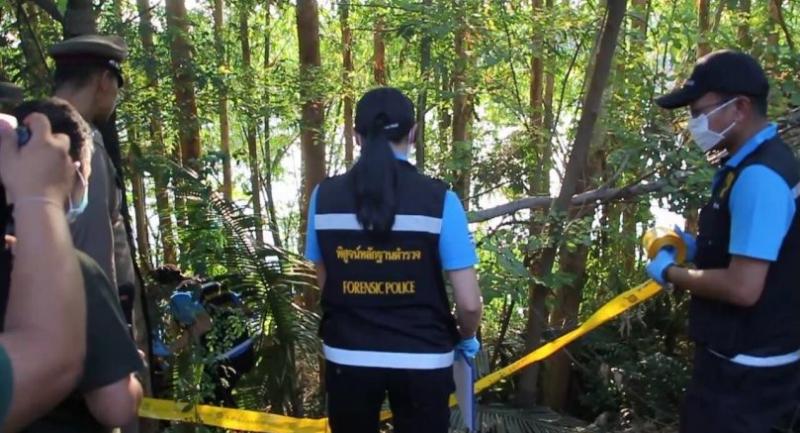 Police are hunting the boyfriend of a 22-year-old woman whose decomposed body with tattoos on both arms was found in a river in Khon Kaen's Muang district on Wednesday.

A gunshot wound was found in her head. Police applied for an arrest warrant for Patcha's new boyfriend, who was identified only by the nickname Tum. The couple reportedly had a heated argument on April 15, a police source said.

Police also seized the Honda Wave motorcycle that was purportedly used to take the body to the Huai Phra Kheu in Tambon Phra Lap, the source said.

A police investigation found the victim, her boyfriend and another woman were spotted at an apartment on Na Muang Road in Muang Khon Kaen.

CCTV later showed the other two carrying what was believed to be Patcha to the motorcycle. It was suspected that the victim was later shot in the head with a pistol and dumped in the river. The body was dumped upstream from the spot she was found, Pongrit said.

Muang Khon Kaen deputy superintendent Lt Colonel Supan Sukpilaikul said the victim was shot in the middle of her head from above and the bullet was probably lodged inside the skull.

The postmortem result should come out in two days, police said.