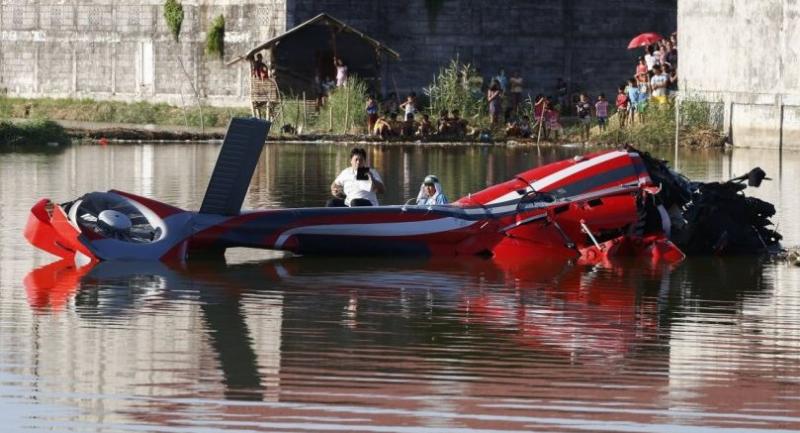 A Filipino on a raft documents the wreckage of a helicopter that crashed in a pond in Malolos City, Bulacan Province, north of Manila, Philippines 25 April.//EPA-EFE

CITY OF MALOLOS–A helicopter crashed into a fishpond in a village here about 12:30 p.m. on Thursday, killing three passengers.

Investigator Police Corporal Danilo Torres also confirmed to INQUIRER.net in a phone interview that three passengers, including its pilot, have died.

Another male passenger was taken to the nearest hospital due to injuries sustained after the crash, Bersaluna said.

The passenger was later declared dead by its attending physician.

After the Police Regional Office 3 received information about the crash, the Bulacan police dispatched teams to conduct search and rescue operations as there might be other victims who needed help.

It was not immediately known where the helicopter came from and where it was headed.

The Bulacan PNP said police personnel are also responding in the area to investigate the crash. The Philippine Red Cross (PRC) said around six passengers were on board the helicopter.