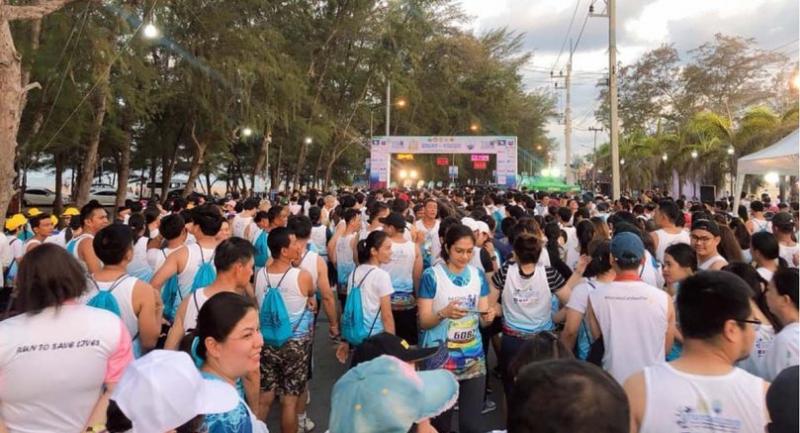 Some 3,500 officials and public members joined a charity run to raise funds for marine life and sea protectors on Sunday morning.

Minister of Natural Resources and Environment General Surasak Karnjanarat himself led related agencies’ representatives and the public in the “Rayong Run for Rangers and Marine Life 2019” at Laem Charoen Beach in Rayong province. The event in Muang district provided three running options to participants: five kilometres, 10.5km and half marathon (21.1km). It was aimed to raise money for the forest ranger foundation and the Department of Marine and Coastal Resources welfare fund that provides officials and their families support. A portion of the proceeds after reducing expenses will be used to buy some medical supplies to treat rare marine life animals, Surasak said.

The event was held following the huge success in the previous Rayong Sea View Run for Rangers 2018 in which nearly 5,000 people took part, Surasak said.

Following the run, participants also collected garbage from the beach and witnessed the release of some green turtles back into the sea.