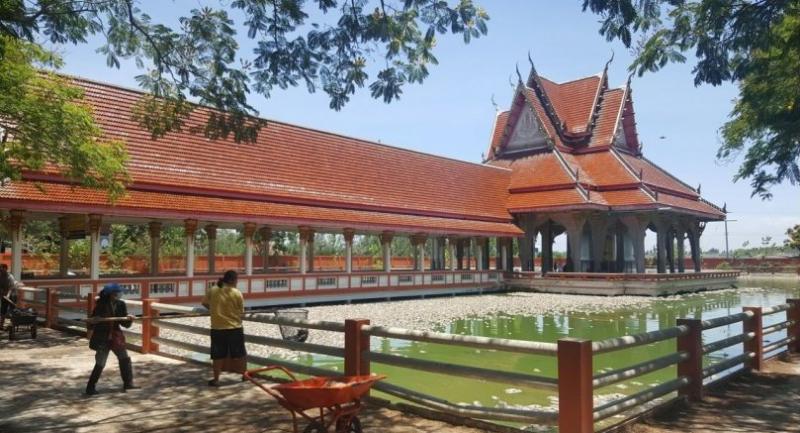 The mass deaths of Tilapia fish and common carp at this temple in Tambon Nong Ta Taem, Pran Buri district, raised a foul smell in the area, prompting temple workers to remove the fish from the water. Their deaths were blamed on the severe lack of oxygen and the extremely hot weather.