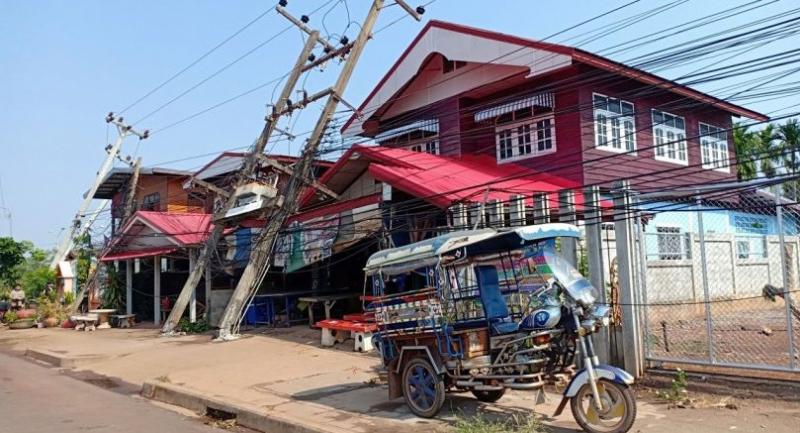 More than 10 power poles on the Ban Don Chiang Ban-Na Wa Road were downed in the storm, causing power outages in many villages.

Rescuers had so far not identified any injuries as a result of the storm. However, they are expecting to discover further damage as they survey the rest of the tambon later today, Sathaporn added.

Officials will later inform the Sakhon Nakhon’s Disaster Prevention and Mitigation Office to provide compensation to affected villagers, he added.