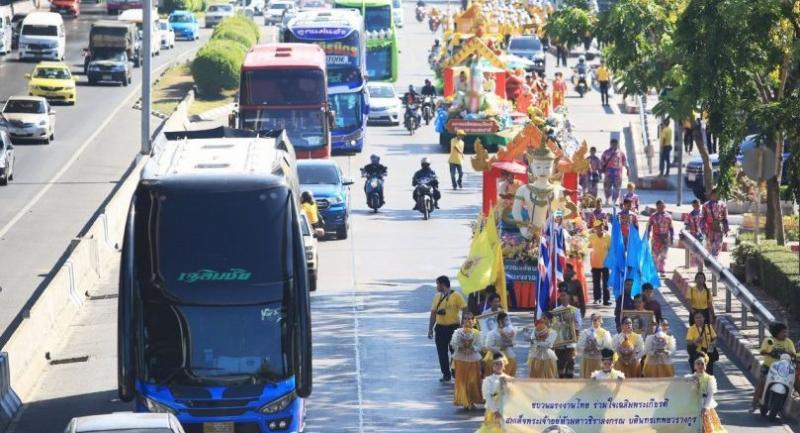 Thousands of workers rallied for Labour Day in Bangkok on Wednesday, calling on the government to provide better welfare. They demanded that the Social Security Office (SSO) pension be no less than Bt5,000 a month.

After a merit-making ceremony presided over by Labour Minister General Adul Sangsingkeo at the Royal Thai Army Sports Stadium in Phayathai district, workers from 17 labour organisations marched to the Kilawet 2 Stadium in Din Daeng district. The workers demanded SSO coverage to sub-contractors' employees and enforcement of the law to have employers supports the establishing of saving co-operatives and provident funds for their workers.

SSO secretary general Ananchai Uthaipattanacheep said his agency had increased benefits for all SSO subscribers and tried to get all "off-system” workers, like freelancers, people who work from home and motorcycle taxis, into its system so they could get compensation for illness, disability and death.

The SSO said that, during April 20, 2018-April 19, 2019, a total of 384,086 people who had previously lost their “voluntary insured status” had been reinstated. These people had lost the status because they fell behind in monthly contribution payments for three months in a row or failed to make a full monthly contribution for nine months in a year.