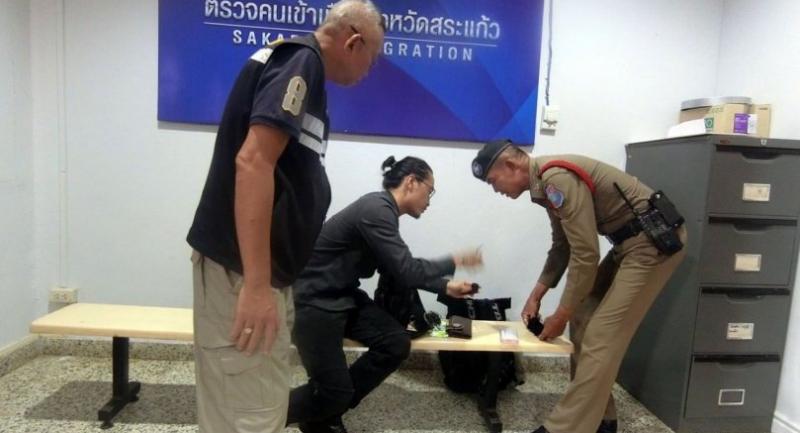 A Vietnamese man was arrested on Thursday morning while allegedly trying to cross the border into Cambodia in Sa Kaew province after he sneaked into the kingdom to tour Bangkok and Pattaya for three days.

Immigration police noticed Tran Min Huang walking back and fourth in the departure area of the immigration office in Sa Kaew’s Aranya Prathet district. When they interrogated him they found that he had no travel documents.

The man told the authorities via an interpreter that he has no passport so he sneaked across the Sa Kaew border from Cambodia.

He said he has visited Bangkok and Pattaya for three days and he was trying to find a way to sneak across the border back to Cambodia to return to Vietnam.

He was taken to the Klong Luek police station to face charges.