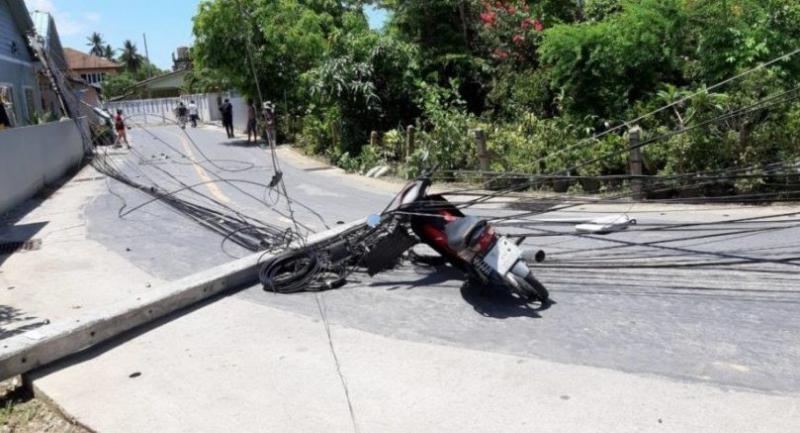 A motorbike driver was injured when the top of a truck hooked overhead power cables and pulled down six power poles in Soi Tanuthep in Chalong on Friday.

Thirteen Burmese workers on the back of a pickup truck that was immediately behind the truck, escaped injury.

One motorcyclist sustained injuries and was taken to Chalong Hospital.

The truck driver, Annuwa Rormaza, 31, was taken to Chalong police station for questioning.

Phuket Provincial Electric Authority's Chalong Office expected the electricity supply will be back to normal by 8pm Friday.