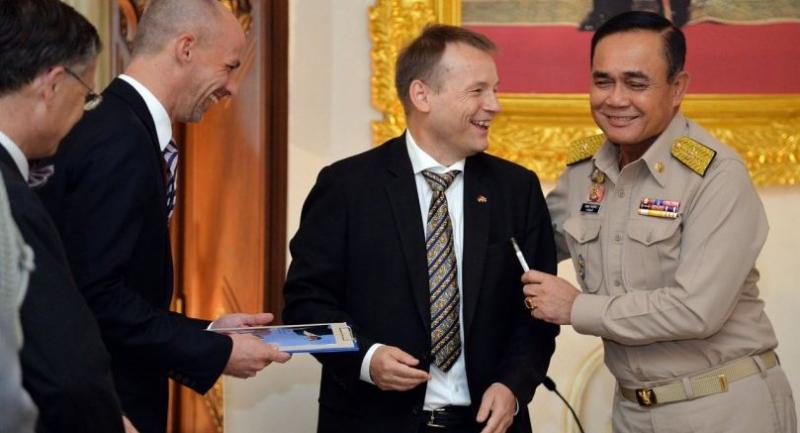 They agreed to push forward on economic cooperation through the Eastern Economic Corridor (EEC) project, as well as cooperation in education, science, technology and innovation.

The premier welcomed the new German ambassador, who is a specialist in Asian affairs and could strengthen relations and cooperation between the two countries in the future.

The ambassador expressed congratulations for the recent coronation ceremonies as well as Thailand’s general election, and also for its being made the chair of Asean for 2019. Both sides agreed to cooperate in the EEC project, which is targeted to lead to some €15 billion (Bt530 billion) in bilateral trade and investment next year.

The premier pledged to provide all conveniences for German investors in Thailand, since Germany was the prototype and inspiration for Thailand to go for under the Industry 4.0 goal.