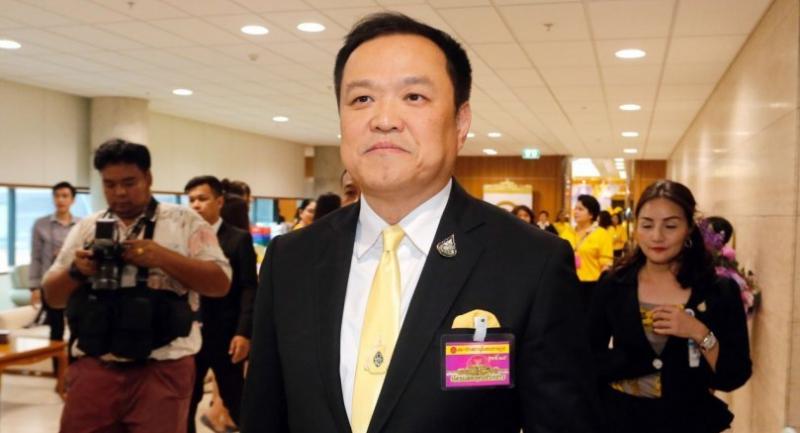 Bhumjaithai party will reveal next Monday which party bloc – Phalang Pracharat or Pheu Thai – it has chosen to form government with, said its leader, Anutin Charnvirakul, yesterday.

His party placed fifth in the number of elected MPs in the March 24 national poll, behind Pheu Thai, Phalang Pracharat, Future Forward and Democrat.

As a result, Bhumjaithai has been wooed by both major party blocs as they position to cross the majority threshold and form the next government.

Anutin was speaking after leading his party’s MPs to report themselves as new MPs at the new Parliament building.

Since the Election Commission announced the official vote results, Anutin has kept his cards close to his chest, at times playing coy about which side his party would join.

“The decision on the matter will be discussed among the 51 MPs of the party during their orientation in Buri Ram province between the coming Sunday and Monday,” he said yesterday.

On Monday, a decision will be made at a meeting of the MPs who had gathered opinions on the matter from the public,” Anutin said.

The feedback from MPs will be considered by the party leader and the secretary general as they come to a decision on the matter.

Anutin maintained his refusal to discuss rumours that his party had already started negotiation with a particular party for forming the government.

“The party has been under pressure for quite a period of time. We have not yet been approached by any party. This matter has to be openly discussed,” he insisted.