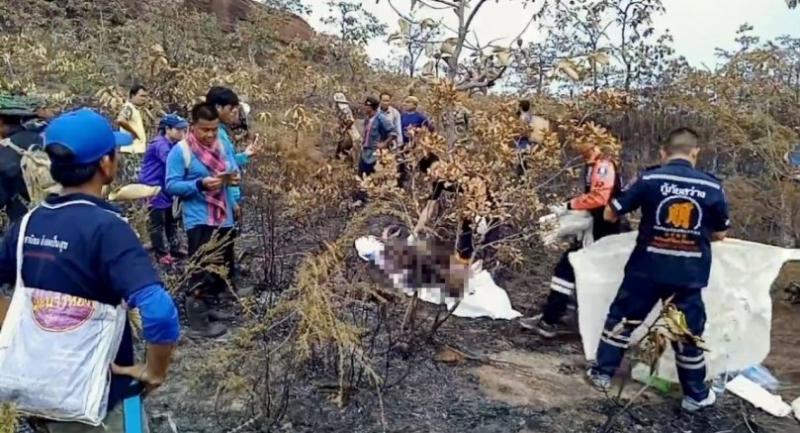 A 70-year-old villager was found dead on a mountain in Bueng Kan’s Bung Kla district on Wednesday morning after he went up to hunt for wild-bee honey, police said.

The Bung Kla police station was alerted at 5.30am that the body of Kanha Jumewong, 70, had been found on Phu Wua mountain about 4 kilometres from the office of the Phu Wua Wildlife Sanctuary.

Police, a doctor, rescue officials and some villagers hiked up the mountain for about three hours to reach the spot where Kanha was found.

His body was found in a kneeling position on the ground, and his clothes and boots had been burned. About 50 metres from his body a bin tied with a loin cloth was found under a large wild-bee hive.

His wife, Salit Promwong, 60, told police that Kanha often went up the mountain with friends after he finished rubber milking in order to collect wild mushrooms and bee hives.

Salit said Kanha did not return in the evening and so she informed the community leader and wildlife officials, who sent a team to look for him. They found his body early in the morning.