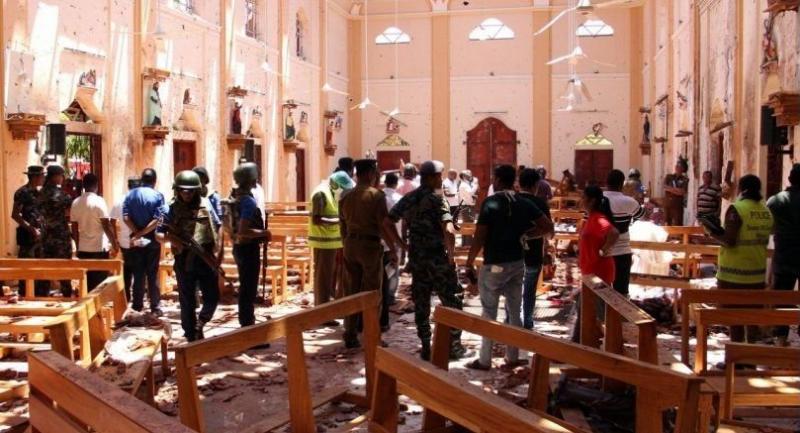 Police in Myanmar arrested a Sri Lankan man on Thursday evening, just hours after Facebook users in the country posted a warning about an overstaying foreigner thought to be linked to those involved in the Easter bombings that killed more than 250 people.

“He has been detained in [the police’s] Special Branch for questioning this evening,” said a senior police officer, who requested not to be named until the findings were made public.

“According to our initial findings, he is thought to have some links with a group of terrorists behind a series of bombings on Easter Sunday in Sri Lanka. But at the moment it is really hard to make the investigation public because he claims to be innocent and further investigations are under way.”

The officer said that 39-year-old Abdul Salam Irshad Mohmood had stayed at a guesthouse in Panbedan Township, part of the central business district in Yangon, and was referred to the Special Branch by police in Kyauktada, another district in the Myanmar capital.

“We [Myanmar Police Force] will publicise our findings about the Sri Lankan, once everything is clear after further investigations,” he said. “It may take time but we will try to make it as soon as possible.”

On Thursday morning, the warning about the overstaying foreigner spread quickly among Facebook users in Myanmar.

The rumours emerged from a letter by the Directorate of Hotels and Tourism (DHT) to all the registered hotels and guest houses in Bagan, one of Myanmar’s ancient capitals and popular among tourists.

“Regarding this case, our Ministry actively cooperated with Myanmar Tourist Police and related authorities,” said Aung Aye Han, deputy director general of the Hotel and Tourism Inspection Department. “Following a warning by the Tourist Police yesterday (May 22), our Bagan branch alerted all the hotels and guest houses in the area to inform [us] whether or not he [the Sri Lankan] had stayed in any of the hotels in the Bagan zone.”

In the letter sent to more than 80 registered hotels in the area, the DHT reiterated Myanmar Tourist Police’s warning that the Sri Lankan – his reported birthdate was December 11, 1980 - arrived in Yangon on a JetStar plane with a tourist visa on January 16 last year.

He is alleged to have overstayed in Myanmar for more than 14 months and may have been plotting criminal activities in the country, said the Tourist Police.