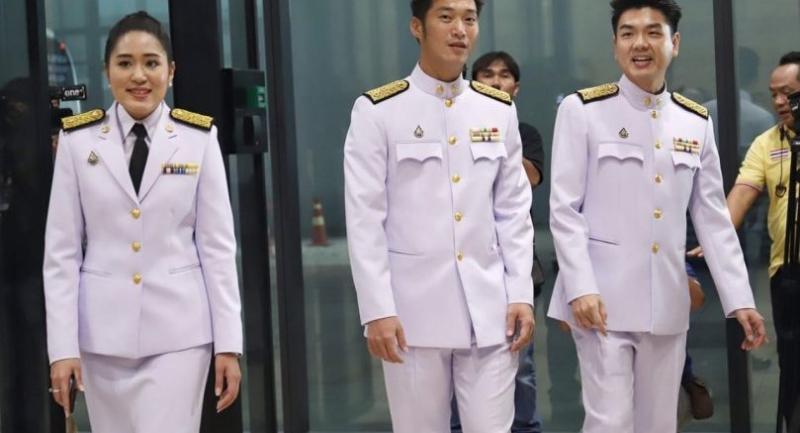 Dressed in the government uniform, newly-elected members of House of Representatives on Friday attended the ceremony to open parliament.

They included Future Forward leader Thanathorn Juangroongruangkit who had been suspended from duties the day before.

White-suited Thanathorn also appeared at the foreign ministry office - the ceremony avenue - as he still had the right to participate in the ceremony but not to vote after his suspension.

The suspension stemmed from the media shareholding case, which is now before the Constitutional Court, to make a decision whether to remove him from office or not.

On Thursday, when the Court announced Thanathorn should be suspended from the House of Representatives until the case was concluded, it was assumed that Thanathorn would not be entering Parliament despite his huge success in the election.

Though it was bad news for the anti-junta camp, supporters were still able to make jokes about Thanathorn and the white suit, posting the attire for sale as a “like new” outfit.

“Second hand but only worn once. It’s good as new,” the viral posts said.

Previously, Future Forward Party had posted photos of its leaders including Thanathorn trying out the uniform after their electoral success. The photos made their supporters happy as most people thought they would not make it into parliament.