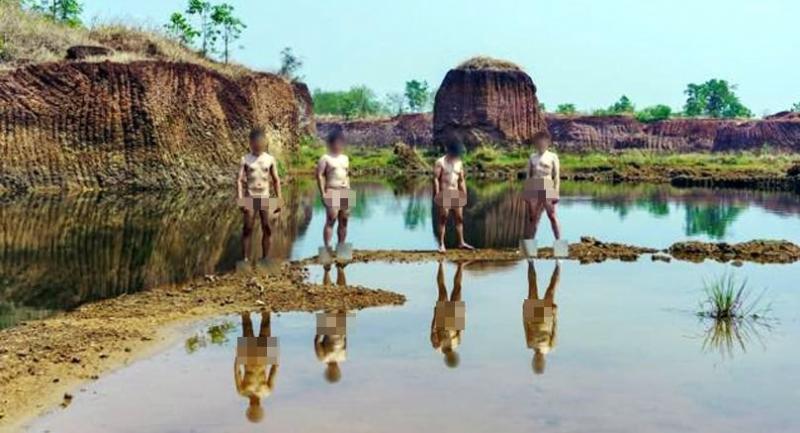 Tourist police in Kamphaeng Phet are looking for clues as they try to trace to a group of men whose nude photos have been circulating online.

Social networkers, especially those in Kamphaeng Phet, raised the alarm after two Twitter users shared photos of the group of naked men. The photos showed them standing in their birthday suits at several key sites in the province, including the provincial stadium, a school, some tourist destinations, a school, the toilet block of a petrol station, an irrigation watergate, and a roadside row of coin-operated washing machines.

Pol Sen Sg-Maj, an officer of the Kamphaeng Phet tourist police office, said he has checked the places in the photos and found the locations but has not found clues.

Local residents said they did not see the men because they posed at night when the town was asleep.

The education director of the Kamphaeng Phet provincial administrative organisation said the school management would check the footage of security cameras of the school for clues.