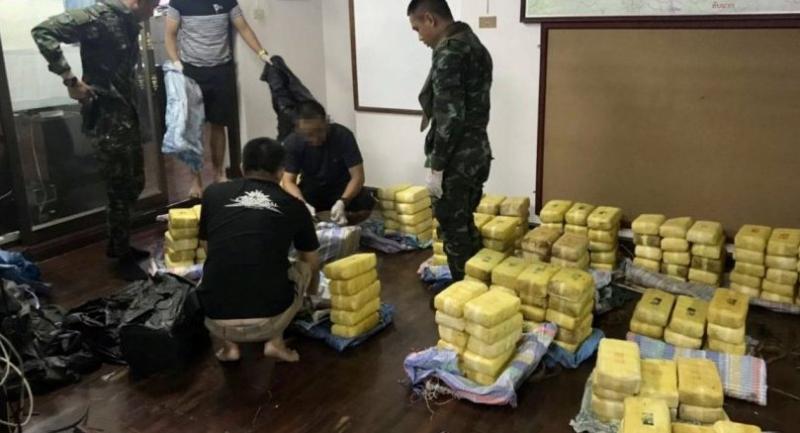 A high-speed chase through the mountains of Chiang Rai ended on Tuesday with the drug runners escaping under the cover of darkness, leaving their cargo of narcotics to the police. The chase started after troops of the Chiang Rai-based Second Cavalry lset up a checkpoint on the Ban Samakkhi Mai-Huay San Kao road in Tambon Mae Fah Luang, Mae Fah Lung district, and spotted a pickup parking on a roadside.

The troops alerted narcotics suppression police, but before they could check the pickup it sped off towards Mae Chan district.

A team of police and troops gave chase on the Fang-Mae Chan road until they finally caught up with pickup, abandoned on a mountain road near Phrathat Saengkham Temple in Tambon Mae Chan, Mae Chan district, at 12.30am.

The driver and a passenger seen during the chase had disappeared.

A search of the vehicle unearthed 2.2 million meth pills packed into 15 bags, along with 11kg of “ice”.

The seizure took place in the so-called Golden Triangle that covers the borderlands of Thailand, Myanmar and Laos, and hides one of the world's largest centres of narcotics production and distribution.