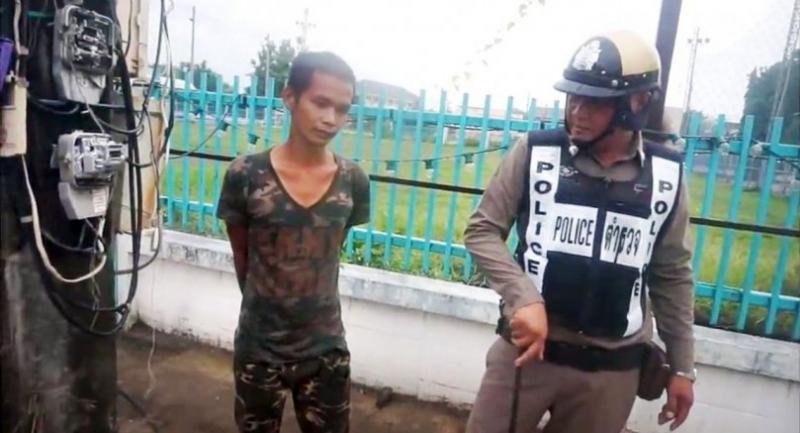 Mae Sot station police rushed to make the arrest after being informed that a man had been seen bashing an electricity meter with a crowbar in front of the King Naresuan shrine in Tambon Mae Sot at 7.30am.

Officers arrived to find two other meters already smashed and the copper coils inside removed.

The suspect was identified as Tayin Nong, 24.

He behaved as if intoxicated on drugs, so police sent him to be tested for narcotics at Mae Sot Hospital. The suspect will be charged with theft and destroying government property, and also for drug abuse if the test comes back positive.