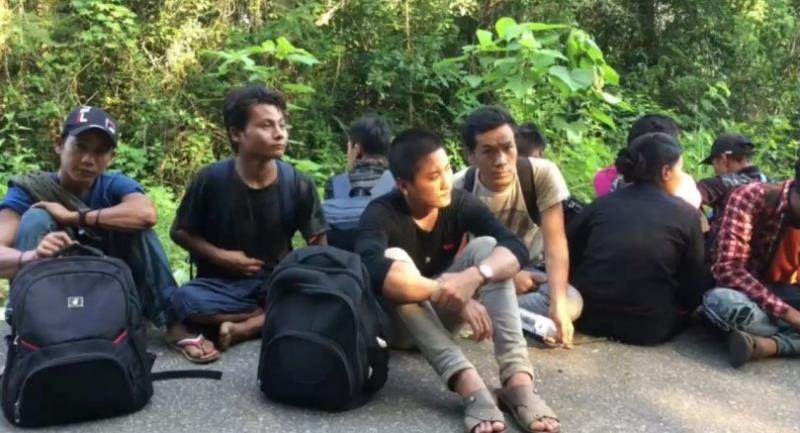 Eighteen Myanmar illegal migrants were rounded up at a makeshift camp in forestland of Songkhla's Sadao district on Friday morning as they were waiting to be transported further to Malaysia.

The 16 men and two women - who had been kept in the woods for four days and were told to live on young banana stalks and creek water while waiting transport - were found in a forest area two kilometres away from the Khlong Ngae-Na Thawee Road in tambon Khao Meekiat. Police later arrested a Myanmar woman Nang Wae who allegedly was their caretaker at a rented room in the Khlong Ngae municipality area. The woman said the workers were left in the camp with no food because the Malaysian agent didn't wire money for their meals. They were left to struggle by themselves pending transport, which would arrive in days.