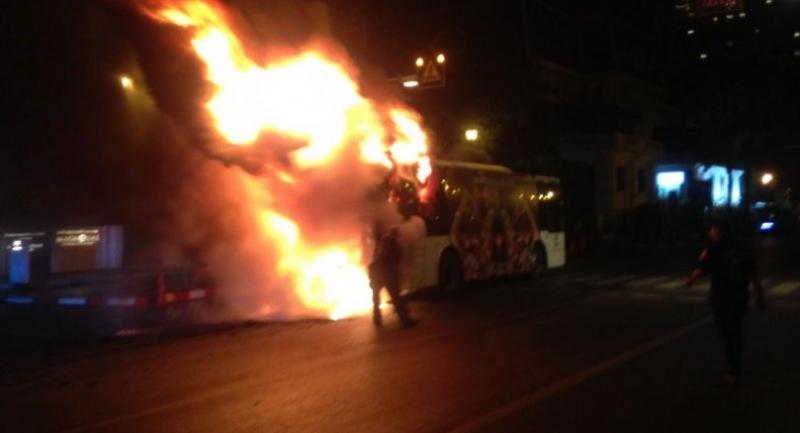 A driver and passengers escaped unhurt early on Saturday when a bus was engulfed in fire on a road in Bangkok’s Pathumwan district.

Lumpini police were alerted at 2.30am that a No 76 bus had caught fire on the Ratchadamri Boulevard in front of the Police General Hospital. The fire started in the engine at the rear of the vehicle and quickly spread through the entire bus.

The bus driver told police that he was driving from Pratunam to Samae Dam with about six or seven passengers and he noticed black smoke coming from the back of the bus. He said he stopped in the left lane and evacuated passengers from the bus.