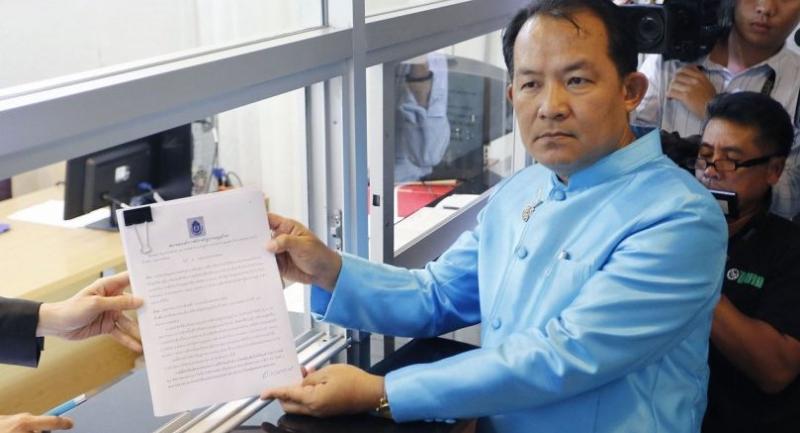 A group of people affected by the serious flooding in the capital earlier this month on Monday called for an investigation into the Bangkok governor and deputy governor over their alleged negligence that led to the inundation.

On June 7, Bangkokians found themselves stranded in traffic for hours or wading through flooded roads.

Bangkok Governor Aswin Kwanmuang blamed the failure to prevent the flooding on “electricity hiccups” that required the city’s giant drainage tunnel’s system to reboot, which slowed down the process of draining the roads.

The group seeking an investigation into Aswin and his deputy, Jakkapan Pew-ngam, was led by activist Srisuwan Janya, secretary-general of the Association for the Protection of the Thai Constitution.

The petition, meanwhile, asked Deputy Prime Minister and Defence Minister Prawit Wongsuwan, as committee chief for public waterway management, to send soldiers to help salvage the waterways and canals in preparation for possible flooding in the future.

Srisuwan called for Prawit to set up an investigative panel into Aswin and Jakkapan over their alleged failure to take legal action against a construction company contracted to build dams along the Lat Phrao-Bang Sue Canal.

The unsatisfactory construction work subsequently carried out by the company, which he did not identify, had left the waterways shallower than required, blocking the flow of water and resulting in the major flooding on June 7, he claimed.

Srisuwan insisted that the electricity hiccup claimed by the governor could have been prevented, as both of Bangkok’s senior-most officials should have prepared measures and equipment to fight such an inundation.