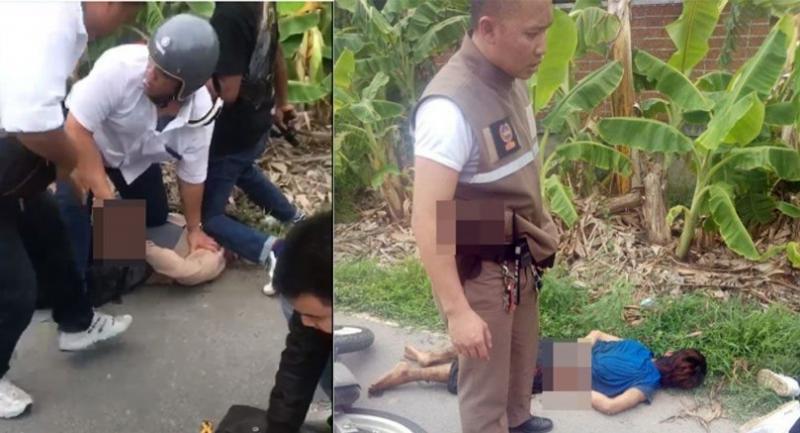 Nothaburi police arrested an alleged drug boss and his henchman on Wednesday morning.

Pol Col Itthipol Wonghomhuan, commander of the Bang Pho police station, said Panya Chompunthong, 35, was arrested with another suspect at the Pruek Chonlada housing estate in Tambon Ban Mai in Nonthaburi’s Bang Yai district at 6am.

His alleged henchman was identified as Amnuay Sudjai, 28.

Police seized 4,000 methamphetamine pills from them.

Itthipol said an arrest warrant was out on Panya over the kidnapping of a construction contractor, Pira Mansombat, 51, in Bangkok in December 2015. Pira was apparently held hostage over a debt he failed to pay to a creditor.

Panya was also accused of selling drugs and robbing people in Nonthaburi.

Itthipol said police were acting on tip-offs that Panya and his henchman planned a rendezvous at the housing estate to pick up drugs for resale.

The two suspects arrived on a motorbike but spotted the police and tried to make a speedy escape. One officer was injured as the arrests were made.

Itthipol said two accomplices on another motorcycle managed to escape.