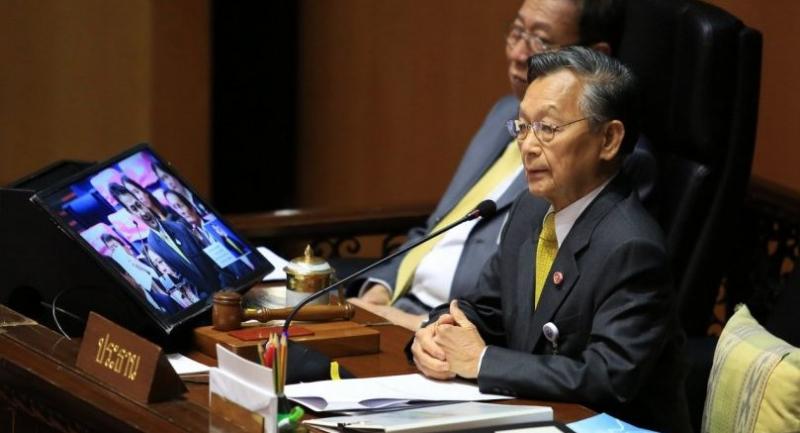 Constitution allows outgoing ministers to work until new ones in place: Chuan

The Constitution is being cited to hold both sides of the political spectrum in check, with former junta leader Prime Minister General Prayut Chan-o-cha becoming the latest target. Rival politician Piyabutr Saengkanokkul pointed out yesterday that the PM’s Cabinet meeting on Tuesday could have been unconstitutional.

Piyabutr, an MP and secretary-general of anti-junta Future Forward Party, yesterday called on Prayut to clarify his position to avoid future complications.

Having been royally endorsed last week, Prayut is now the new prime minister, the MP pointed out, adding that the new PM working with the old Cabinet will cause confusion.

With a new Cabinet yet to be formed, the politician said Prayut has two choices: he either appoint an acting-PM to work with the outgoing ministers or quickly form a new Cabinet.

“I believe the Constitution drafters did not envisage that the setting up of a new Cabinet would take this long,” Piyabutr said. “There can be legal complications if Prayut and his decisions at the [Tuesday] Cabinet meeting are scrutinised. There is an overlap between the incoming and outgoing Cabinets.”

Future Forward Party also launched a motion in the House of Representatives yesterday about the same Cabinet meeting.

Its MP Wirat Pantumaphol argued that last week’s royal endorsement had removed Prayut from the premier’s position installed by the National Council for Peace and Order.

Hence, he said, according to the Constitution, his pre-endorsement Cabinet had also subsequently expired.

There should be no Cabinet meetings until the new ministers are in place, Wirat said, adding that the Constitution also prescribed that each ministry’s permanent secretary will complete administration duties until Cabinet seats are filled.

However, House Speaker Chuan Leekpai cited a clause in the Constitution, which allowed the outgoing Cabinet to continue working until a new batch replaces them.

In addition to this new challenge to Prayut, dozens of newly elected MPs are being scrutinised for allegedly holding shares in media companies – an act prohibited by the Constitution.

Of the 41 MPs facing scrutiny, 27 are affiliated with Phalang Pracharat.

The rival camp is waiting to see if the pro-junta MPs will be suspended from Parliament like Future Forward leader Thanathorn Juangroongruangkit had been over the same allegation.

Meanwhile, Phalang Pracharat lawyer Tossapol Pengsom went to Constitutional Court yesterday to get a copy of the charges. He said the party will first launch a battle against the possibility of the 27 MPs getting suspended from Parliament, as that will affect the government’s work.