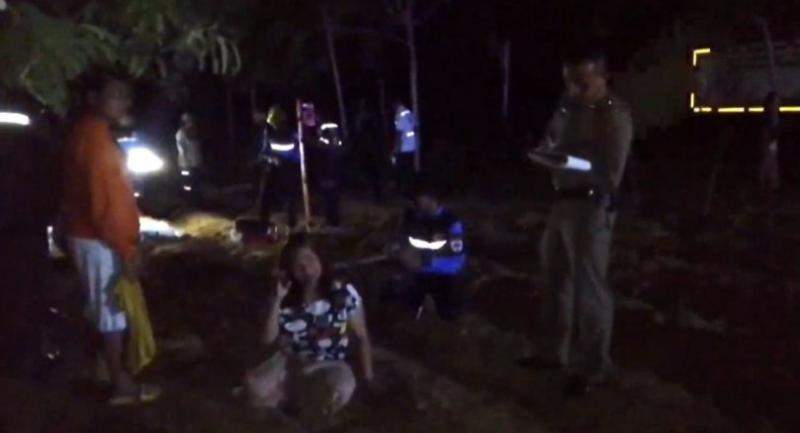 A man was gored to death by a wild elephant in his tapioca plantation in Buri Ram’s None Din Daeng district late on Wednesday while his wife played dead to escape the attack, police said.

None Din Daeng police were informed on Thursday morning that Surasak Phijaranakhonburi, 26, had been fatally stabbed on the left side of his chest by the elephant's tusk while he and his wife camped out in their plantation in Tambon Nong Bua.

Surasak's wife, Sureerat Tabuangsri, 27, told police that after their workers finished harvesting tapioca on Wednesday, they decided to sleep in a mosquito net near their 10-wheel truck in the plantation so that her husband could spray pesticide the next morning.

But they were woken up late on Wednesday night by three wild elephants that toppled their mosquito net, Sureerat said.

She said Surasak became frightened and got up and tried to run away but he stumbled and fell down and was killed by one of the elephants.

Sureerat said she wrapped herself in the mosquito net and laid still as if she was dead. She managed to hide by crawling under the truck and waited until the elephants left.

She checked and found that her husband has died and then called relatives and police.