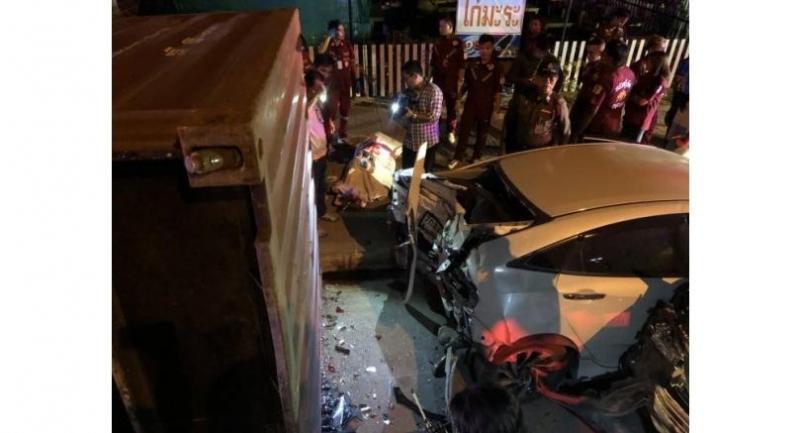 A woman was killed when a container fell from a trailer truck on top of her while she was walking to talk to a friend in a car at the side of a road in Ayutthaya’s Uthai district early Monday, police said.

Police said the accident happened at 2,30am on the Ayutthaya-bound Rojana road in Tambon Kanharm.

Suban claimed that a car cut in front of his truck and he swerved to the left to avoid it, causing the container to fall while the victim was standing at the back of the white car.