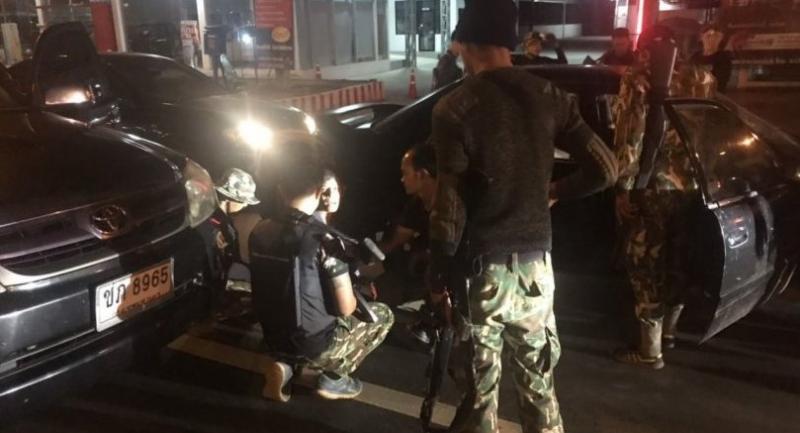 Park officials on Monday arrested two Thai men while they were allegedly transporting 18 planks of wood processed from trees felled in a protected forest in Prachin Buri’s Kabin Buri district.

Prawatsat Chanthep, chief of Thap Lan National Park, said the two suspects were arrested after officials were alerted of possible wood smuggling from the forest by a motion-detecting camera installed at the park’s edge. The two suspects were identified as Chalerm Promprakorb, 43, a resident of Sa Kaew’s Aranyaprathet district and Pinij Buaprasarn, 30, also from Aranyaprathet.

When officials stopped their pick-up truck at the Kabin Buri Intersection at 3am, they found 18 planks of wood with a Bt1 million value on board.

Prawatsat said officials were alerted by an online camera and rushed to the spot to follow the suspects’ trail along highway No 304 towards Kabin Buri district before they making the arrest. Officials had installed the online motion detecting camera at the spot after one of their patrol units spotted a group of men smuggling Siamese Rosewood logs at the Din Sor forest reserve inside Thap Lan Park on Friday. Officials followed the trail to the forest’s edge but were unable to find the suspects, who had left behind some logs. Officials returned on Saturday to install the camera at the spot to detect the movement of illegal loggers.