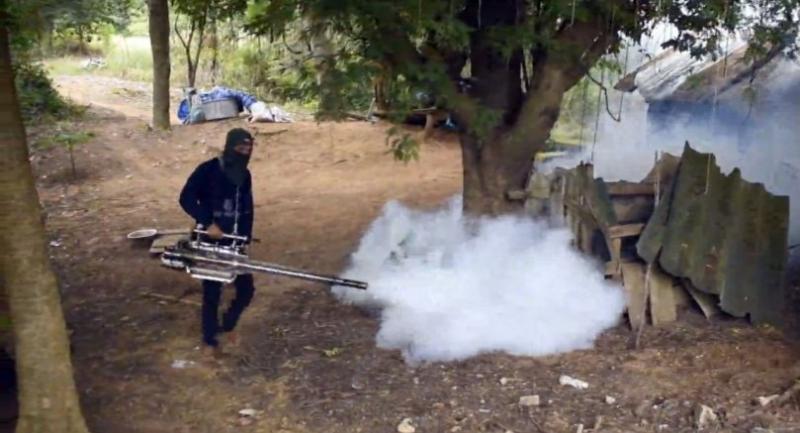 A tambon in Sa Kaew’s Aranyaprathet district was doused in pesticide spray on Wednesday after more than 400 people in the province contracted dengue fever this month, one with fatal results.

He said the Sa Kaew public health office has reported more than 400 dengue cases, with one fatality, and pledged to spray all seven villages in his municipality regularly.

Three residents of the tambon already had dengue, Chitipat said.