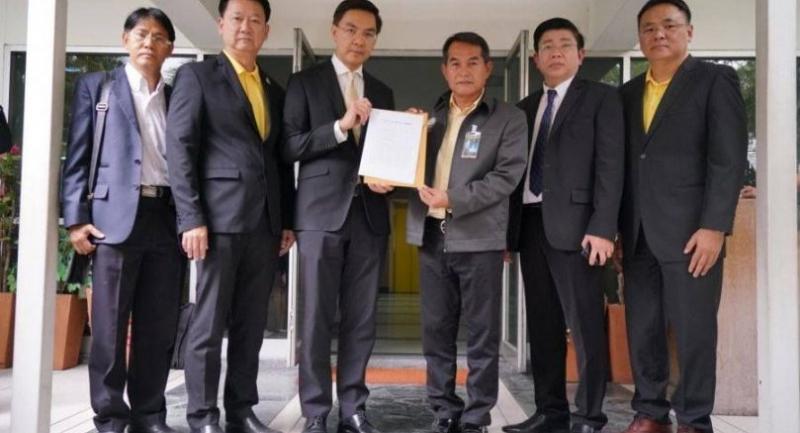 They wanted state agencies and other parties to be able to discuss for a fair conclusion for equal direct access to the underground cable pipes. The conclusion would then be proposed by the National Digital Economy and Society Commission - which the premier served as the chairman - to the Cabinet.

They said the removal of communication cables to put underground instead should be done only on neccesary routes and be done at appropriate times so as to prevent the waste of resources and the expense for the telecommunication service providers. They also wanted those applying for the use of such underground pipes to be able to access them directly and equally - without having to go through another private company.

"This is an urgent matter because Krungthep Thanakom Co Ltd [an enterprise under the supervision of BMA] has already selected another private company to proceed with the project and they will soon sign a contract on this. To prevent damages to the state and people, our group of telecommunication operators appeals for the prime minister to consider this matter urgently," the group said.

The project will move overhead telecommunication cables underground within two years, with a network of pipelines of 40cm wide tubes 80cm to be laid underneath 2,450km of roads in the city. The relocation of communication cables is a part of the 20-year (2013-32) development plan for Bangkok to improve the urban landscape and public safety.