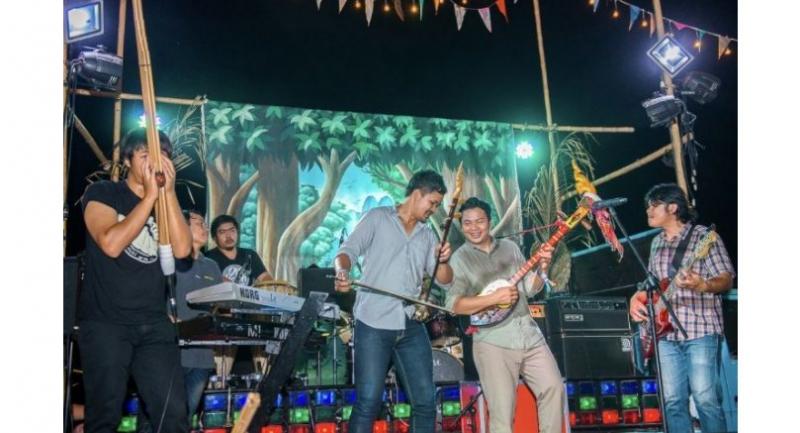 Music scholars and culture experts will explore Molam’s journey from traditional Isaan folk music to the world stage at the Foreign Correspondents Club of Thailand on Wednesday.

The Paradise Bangkok Molam International Band has been treating Western ears during tours to Europe in recent years and returns east this month for a show at the Fuji Rock Festival in Japan.

Closer to home, the Jim Thompson Farm’s Molam Mobile Bus is on a musical tour of the Kingdom and plans are afoot to steer it abroad.

With its strong beats, rhythmic tunes and soulful lyrics molam has been the sound track for village festivals and rituals, weddings, temple fairs and even for healing the sick for centuries.

Rooted in temple sermons, the music is a narrative folk art preformed by mo-lam (master singers) backed by the khaen (bamboo-reed mouth organ) as well as ching (temple bells), the phin (lute) and the sor (fiddle).

Traditional forms of molam transformed as Thailand modernised from the 1950s onward, and ensembles and bands began to use Western instruments and arrangements.

Innovations such as dramatic and popular forms were created and the genre was recorded and distributed as “pop music”.

These days traditional forms of molam exist side by side with popular styles that have evolved in step with the dynamic changes in Thai society.

Experts will gather at the FCCT in Bangkok to play and discuss different styles of this iconic musical form, pondering its ongoing evolution and success.

The panel moderator will be John Clewley, the Bangkok Post’s World Beat columnist, correspondent/photographer for Songlines (UK) magazine and contributor to the Rough Guide to World Music.