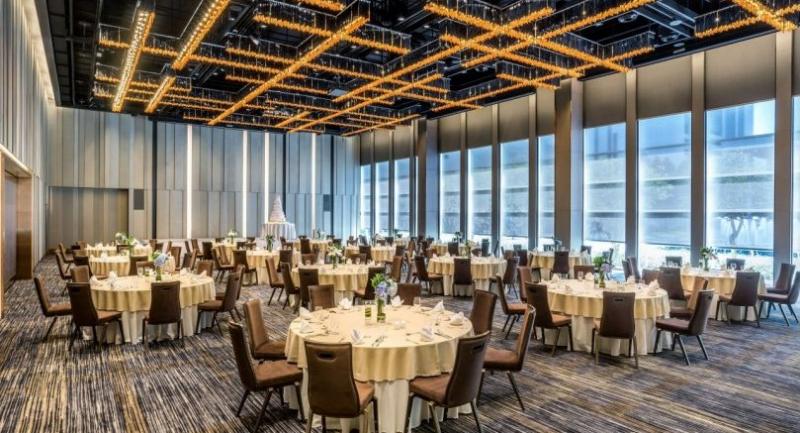 PULLMAN BANGKOK King Power Hotel expects to get a meetings, incentives, conferences and exhibition boost with the launch of a new convention hall as part of a Bt600 million renovation.

The hotel this year completed what it hopes is a transformative renovation as it gets ready to enter its second decade in the Thai hospitality |industry.

“The hotel spent Bt600 million for the renovation, adding a new ballroom along with refurbishing facilities such as junction – the lobby and bar, swimming pool – as well as all guest rooms,” general manager Marc Begassat said.

After the renovation, the hotel has flexible meeting space with 20 meeting rooms including the new ballroom.

The hotel has also improved its communication system and online services.

The ballroom holds up to 500 guests and features natural daylight and cutting-edge technology that is complemented by a customised Marrone open kitchen and a dedicated car entrance for vehicle exhibitions.

“Our new venue will help draw more meeting, incentive, convention, and exhibition markets from Thailand and overseas,” the GM said.

Currently, the MICE segment contributes 35-40 per cent of the hotel’s business but that is expected to increase to 50 per cent.

“After the renovation, we can also adjust the average room rate up by 10-15 per cent from current rates,” Begassat said.

The hotel’s average occupancy rate is 88 per cent, which is slightly lower than this time last year. Between 70 and 75 per cent of its guests come from Asian countries.

The hotel hopes to boost the number of Japanese and Singaporean guests.

Accor Group has grown to over 100 hotels with nearly 35,000 rooms in 33 countries, including 67 in Asia-Pacific and 37 in the pipeline in the region.