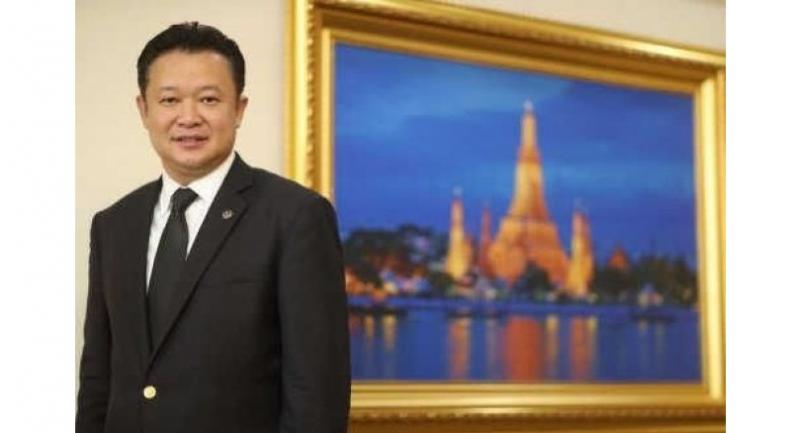 Yuthasak Supasorn, governor of the Tourism Authority of Thailand.

Yuthasak Supasorn, governor of the Tourism Authority of Thailand, talks with The Nation on Thailand’s readiness to host the World Travel Tourism Council (WTTC) Global Summit, which will take place in Bangkok from Tuesday to Thursday next week.

The summit will be a platform for Thailand to present itself as a hub for tourism and sports before the eyes of more than 700 top executives from 140 companies, representing 30 per cent of the entire travel and tourism sector.

WHAT WERE THAILAND’S STRONG POINTS THAT LED TO IT BEING SELECTED AS THE HOST OF THIS YEAR’S WORLD TOURISM FORUM?

It’s fitting that Thailand is the first Asean country to host the WTTC Global Summit as the country is the largest tourism destination in Southeast Asia, and the country with the highest [tourism] growth in the region and 10th in the world, according to an economic-impact report released by the WTTC in March.

Aside from world-famous speakers, many of the delegates are chairmen or CEOs in the travel and tourism industry. Some have been to Thailand in the past [but] many will be in Bangkok for the first time, so this presents an ideal opportunity to expose them to some of [the] major attractions in Bangkok and the surrounding provinces.

We will treat them to the world-famous Thai food, culture performances and sporting activities like Muay Thai. The experience will be a memorable one, and we hope … the positive words spread by these VIPs will be invaluable in creating a positive image of Thailand.

Successive Thai governments have promoted Thailand as a MICE [meetings, incentive travel, conventions and exhibitions] destination. Having successfully won the right to host this very prestigious annual global tourism event shows we have the right experience and modern infrastructure, like airports, hotels and transportation, to be a venue for international forums.

Next year, thanks to the support of the Ministry of Tourism and Sports, Thailand will be the official host of the 2018 edition of the UNWTO World Conference on Gastronomy Tourism.

The tangible benefits from [next week’s] summit are not restricted to immediate financial returns. Overall, it will improve confidence about Thailand. The economy is showing strong signs of improvement, so the future prospects are positive, paving the way for TAT to reach its revenue target, thus allowing us to restructure and modernise tourism infrastructure and facilities that are vital to attracting more high-quality tourists.

We have our focus on the future of Thai tourism and want to create long-term benefits that we can sustain and build on, thus contributing to Thailand’s competitiveness.

WHAT IS TAT’S PROJECTION FOR TOURIST ARRIVALS THIS YEAR? HOW MUCH GROWTH COMPARED WITH LAST YEAR? WHAT WILL BE THE KEY DRIVING FACTORS?

We no longer rely on the number of tourist arrivals as a catalyst of growth at a time when more focus is being put on making Thailand a preferred destination to attract quality and not quantity. Our forecast is that Thailand will earn Bt2.7 trillion in tourist spending in 2017.

Tourism is no longer defined by or restricted to physical borders. Tourists increasingly want more than physical attractions, and we have to focus [on developing] more interesting activity-based attractions as well as utilise more technology like location-based information and social media and other digital platforms to reach out to our target customers.

WHAT ARE TAT’S STRATEGIES FOR LURING QUALITY TOURISTS TO THAILAND IN LINE WITH THE GOVERNMENT’S POLICY TO BOOST TOURISM REVENUE?

Thainess, such as friendliness, hospitality and unique Thai culture such as Thai food, which recently received worldwide acclaim after Bangkok was named the city with the best street food in world by CNN for the second year running. To illustrate our unique cultural attraction further, this year the famous Or Tor Kor fresh market was ranked the fourth-best market in the “World’s 10 Best Fresh Markets” by CNN Go.

Consistent with the government’s “Thailand 4.0” policy, which incorporates two key concepts, “Strengths from Within” and “Connecting to the World”, [another strategy is] to drive tourism in both the domestic and international markets by fortifying the domestic tourism industry with the use of innovation and employing this potential to attract international tourists. Implementing “Unique Thai Experience” is an implementation of such a policy.

IN THE VIEW OF TAT, WHAT MAJOR CHALLENGES WILL BE FACED THIS YEAR BY THE TOURISM SECTOR, AND HOW CAN SUCH CHALLENGES BE OVERCOME?

Thailand’s major attraction is our cultural heritage. As we strive to draw tourists to experience local cultural and leisure activities in secondary provinces, we also must build a better understanding with local people and work collaboratively with local communities to retain the identity of [those that] have become major tourist attractions.