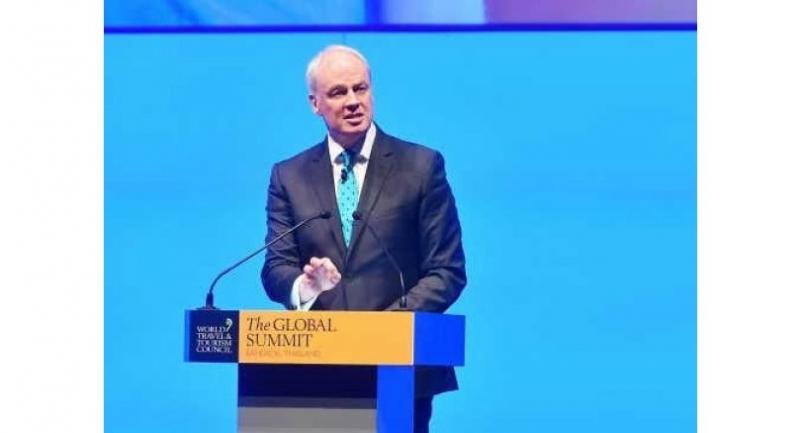 PRIME MINISTER Prayut Chan-o-cha told the gathering of World Travel and Tourism Council (WTTC) members in Bangkok last week that the country’s strategy is called “Thailand Plus One”, under which Bangkok is positioned as a gateway for trade, investment and tourism in the region.

The focus is on connecting Cambodia, Laos, Myanmar, Vietnam and Thailand - the so-called CLMVT countries.

Given Thailand’s geographical location, the country can serve as the gateway for international tourists wanting to explore mainland Southeast Asia.

According to Prayut, Thailand has invested significantly in the upgrade of transport infrastructure to link its borders with CLMV countries by land, air and sea. This will help tap the potential of multiple Asean tourist destinations, especially during this year’s 50th anniversary of the founding of Asean, as 2017 is being dubbed the “Visit Asean 50 Year”.

For Thailand, the Asean highway is undergoing a further extension to join more countries along its route via Thailand and its neighbours, while the high-speed railway connection is taking shape with multiple projects under consideration to link mainland Southeast Asia with southern China.

Singapore and Malaysia are planing to invest in a high-speed rail link while Thailand has taken steps to build a Bangkok-Northeast route to link with Laos.

Similar railway linkages have been considered to connect Laos, Cambodia and Vietnam as well as Thailand and Myanmar.

In this context, the cross-border tourism will provide mutual benefits to all Asean countries and help transform the region in a big way. Tourism is also a crucial policy tool for reducing poverty among low-income Asean countries due to its trickle-down effects to benefit the grassroots population.

According to David Scowsill, president and CE0 of WTTC, travel and tourism stimulates the global economy by generating over US$7.6 trillion globally, while directly supporting more than 292 million jobs worldwide. In other words, one in 10 jobs globally is created by the tourism sector, which has outpaced the growth in the global economy consistently over the last six years.

He said pro-growth government policy is necessary for a healthy tourism sector that also has to pay attention to environmental protection for sustainable development.

Trade protectionism and terrorism are bad for the global tourism industry, which requires the people’s freedom to travel with safety, according to Scowsill.

In addition, governments need to reform their visa procedures and/or introduce electronic visas in order to make it more convenient for international travellers.

Yet, there are growing concerns about cross-border security and safety amid more terrorist incidents.

David Cameron, the former UK prime minister, told the WTTC summit that the tourism sector needs to understand the pressures on governments when it comes to national security and terrorist issues.

He suggested that the private sector work more closely with governments to use more biometric and other technologies to screen international tourists to ensure cross-border security and tourist safety.